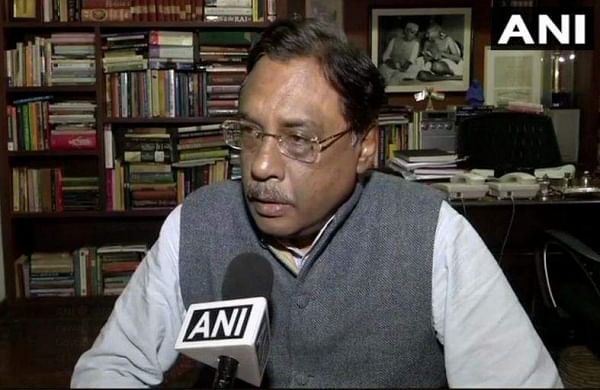 NEW DELHI: Author, former diplomat and now national vice-president of All India Trinamool Congress (AITMC), Pavan K Varma thinks the 2024 Lok Sabha elections will see a Modi vs Mamata battle. He says his party is trying to emerge as the ‘real Congress’ and not necessarily attacking the grand old party. Excerpts from an interview.

Q There are talks that TMC is eyeing places where Congress already has a footprint and this will not help the unity in Opposition. Your view?

A TMC feels it is important to have a strong Opposition in a vibrant democracy. Congress could have led the Opposition. But our assessment is Congress with its present leadership is unable to face that challenge. In the last 10 years, it has lost 90 elections. We are faced with two choices — continue to wait for Congress to reinvent itself or reinvent the Opposition space. In a democracy, no party or individual has an ordained right to lead or monopolise the Opposition space. Every party has the right to try to create a more effective Opposition. TMC has resolved to do that and it proposes to become a party with a pan-India footprint. It has authorised its chairperson to make structural changes that help us emerge as the principal Opposition party.

Q Why is TMC going after Congress?

A TMC is a breakaway faction of the original Congress party. Our aim is making TMC the real Congress to become the principal Opposition in the country. Our assessment is that large segments of the Congress are tired of being in the state of drift. They will move to an organisation which represents more robustly the ideologies of Congress. We believe Congress, or something like the Congress, is essential in India. We are not fighting the Congress. We are recreating Congress. We are not the only force in the Opposition. We have a natural set of allies who have kept BJP at bay across the country. It could be DMK in TN or Jagan Reddy in Andhra Pradesh. There are many allies, who want a robust and pan-India alliance against BJP.

The fight between Rahul Gandhi and Narendra Modi is a walkover for BJP. It’s not an attack against any individual. But the current leadership of Congress is not able to challenge BJP. Therefore, either Congress demonstrates it has the ability to reinvent itself, or you (Congress) have to put forward another entity to fight BJP. We can’t defeat BJP merely my arithmetical calculations. We have to think outside the predictable to defeat them. TMC is proposing to take the place of Congress. It does not necessarily wish to attack Congress.

Q It is speculated that many politicians like you from other parties — Congress, BJP and others — are likely to join TMC. How true is this?

A (Laughs) Let’ss see what’s next. For how long shall we wait for Congress, which does not have a fulltime president? Mamata Banerjee is not an outsourced repository. But she has fire in her belly to reinvent a robust Opposition and the real Congress in TMC. It is futile to wait for a miracle in Congress. It is a weakened organisation and its members are realising this and moving out to places like TMC seeing political future. We are not weakening Congress. It is a migration of leaders from one party to another to strengthen the Opposition.

Q What is TMC planning in other states and do you think Mamata Banerjee would be an accepted a leader of Opposition?

A Mamata Banerjee after the resounding victory in West Bengal has emerged as a leader of trust. She has a strong willingness to form a formidable opposition against BJP. Hopefully, she gets support from all quarters. We have plans for other states and would be far more organised and become better as an Opposition. In regional elections, BJP might have lost but when it come parliamentary elections, there is no organised Opposition. Our aim is to create an Opposition. We have to do some quality work to defeat BJP.

Q How do you look at the 2024 LS elections? Does the Opposition have any chance?

A In a democracy, you can not discount any possibility. In one word, 2024 will be Modi vs Mamata. We have state-specific plans and organisational vigour to execute them. Sometimes, we may even ally with whatever is left of Congress. We will have a policy of strategic flexibility and clarity of goals. With all this, along with allies inclduing NCP, DMK, Jagaan Reddy and others, we will see how to mount the challenge. TMC has reinvented itself as a pan-India party. BJP’s strengths are polarisation, hyper nationalism and what can be called Hindutava welfarism. But polarisation doesn’t mean 80% of Hindus vote for BJP.

Q Will your good office be utilised to reach JDU?

A Right now, it appears that Nitish Kumar has accepted his position in Bihar as a subordinate accessory of BJP. We will see when 2024 approaches whether Nitish Kumar is happy or not with his role.

Q BJP accuses TMC of adopting politics of appeasement. How do your see TMC presenting itself as party of all and for all?

A In the name of secularism, no doubt in past there was some minority appeasement for electoral dividends. But now, we have understood there must be a policy of equality. Hindus must be given their due and the minority must be given their due. We will pursue that. In order to consolidate Hindu votes, BJP harped on such propagation. There is no denying that BJP out of its political compulsion has been accusing TMC of doing politics of appeasement. TMC has changed itself and is emerging as a party of all and for all. BJP‘s accusation will not be an obstacle in TMC’s path.

Q How do you rate TMC’s chances in Goa elections?

A It’s early to say because Goa is a pilot case, of what we want to demonstrate. TMC in its present form is basically a West Bengal-centric party. In a state like Goa, where it has zero percentage, TMC is making a good attempt. Under the leadership of Mamata Banerjee, TMC can make it. Hope results encourage us in Goa.

Q What’s your assessment of UP elections?

A Elections are difficult to predict. As of now, we believe BJP has an edge, based on limited feedback. But Mamata Banerjee has offered all help to Samajwadi Party and its allies to take on BJP.