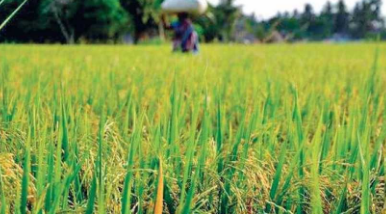 Revenue and Disaster Management Department Secretary and Relief Commissioner Ms. Rita Shandilya issued a letter to the collectors of all the districts of the state to provide information on the damage caused to kharif crops in the prescribed form during the monsoon 2020 due to excess rainfall and floods etc. Has given instructions. It is noteworthy that as per the guidelines issued by the Government of India regarding crop damage, financial subsidy is provided to the affected farmers as per the provisions contained in Revenue Book Circular 6-4.

Similarly, the necessary condition for financial grant for crop and loss is that the percentage of loss is more than 33 percent. In that case, when the crop is not ready for ripening, the estimation of the crop is done on a basis of basis. In this situation the possibility of error exists, so it is necessary that the kharif crop loss is assessed jointly by the Department of Revenue and Disaster Management and the Department of Agriculture and Farmers Welfare and Biotechnology and if more than 33 percent crop loss is caused by the farmer Out of the total area held, the quantum of crop loss should be done by quantitatively estimating the amount of subsidy according to the provisions of the status quo. It is also necessary to ensure that in case of crop loss in one kharif season, the affected farmer will get one time financial grant.