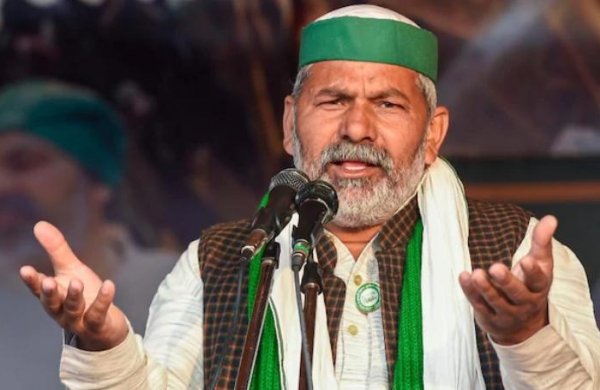 By PTI
GHAZIABAD: Prices of fuel and fertilizers have gone up but the procurement rate of sugarcane in Uttar Pradesh has remained stagnant for the last four years, BKU leader Rakesh Tikait said on Monday, claiming farmers’ cane dues worth Rs 12,000 crore are pending in the state.

The Bharatiya Kisan Union spokesperson, who has been leading the protests against the Centre’s three new farm laws at Ghazipur on the Delhi-Uttar Pradesh border since November, asserted that the ongoing agitation is also in support of farmers of western UP who are not getting due rates of their sugarcane produce.

Thousands of farmers from Punjab, Haryana, UP, Rajasthan and other places are camping at Delhi’s border points of Ghazipur, Singhu and Tikri since November demanding that the Centre rescind the three contentious laws enacted in September and make a new one guaranteeing them Minimum Support Price (MSP).

“The Sugarcane Institute in Shahjahanpur had decided a rate of Rs 287 per quintal for sugarcane in 2019-20 and then put it at Rs 297 for 2020-21 but the farmers are not getting even these rates. The government is not implementing the rates suggested by the institute also,” Tikait was quoted as saying in a BKU statement.

“Sugarcane farmers’ dues worth Rs 12,000 crore are pending today. But the farmers are not getting due rates and then whatever rate they get, the payment on that also remains pending,” the 51-year-old Tikait said.

He also hit out at UP Chief Minister Yogi Adityanath, wondering if the BJP leader was “even weaker” than his predecessors Akhilesh Yadav and Mayawati that he “can’t even match what these two did for farmers”, according to the statement.

Tikait said over the years, prices of petrol and diesel, LPG cylinders, school education and fertilizers have gone up but the price of sugarcane has remained as it is.

“A sack of manure weighed 50 kg earlier, but now its weight has been reduced to 45 kg. That is how the government has inflated the prices of manure,” he said.

“Sugarcane farmers have been impacted seriously. Wedding of children pushes them into taking loans and it seems the government, instead of clearing the pending dues of farmers, is showing more interest in shelling out loans to them,” he alleged.

He also questioned the government’s intent on the issue of implementing recommendations of the Swaminathan Committee report on farmers’ issues.

Tikait said the ongoing movement against central laws and demand for a new law on MSP does not belong to a section of farmers but all farmers in the country.

The government, which has held 11 rounds of formal talks with the protestors, maintains the laws are pro-farmer.