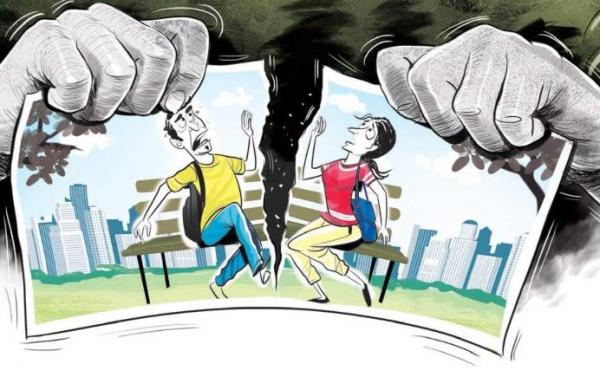 By PTI
INDORE: Bajrang Dal workers on Wednesday created ruckus at a tourist spot in Madhya Pradesh’s Indore over the suspicion that a man was luring a woman for religious conversion, police said.

On being alerted, police reached the spot and brought the situation under control, an official said.

The drama unfolded two days after the Madhya Pradesh Assembly passed the Freedom of Religion Bill 2021, which prohibits religious conversion through marriage or by any other fraudulent means.

City Superintendent of Police (CSP) BPS Parihar said, “The man and the woman, aged around 20-25 years, were sitting in the Lalbagh Palace complex. However, Bajrang Dal activists suspected that they belong to different religions.”

These activists demanded that the identity of the couple be established, he said, adding that the man soon disappeared from the Lalbagh complex.

“Bajrang Dal activists accused an officer in the Lalbagh complex of driving the man away from the spot,” Parihar said.

According to the CSP, when the police spoke to the woman associated with the incident, she claimed that she did not know the man and that they were sitting away from each other.

He said the footage of the CCTV installed in the Lalbagh complex is being examined.

Meanwhile, some videos of the incident have surfaced in which Bajrang Dal activists are seen demanding the arrest of the man during an argument with police personnel in the Lalbagh complex.

Pappu Kochle, convenor of the Bajrang Dal district unit, has confirmed the presence of workers of his organisation in the Lalbagh complex in connection with the incident.