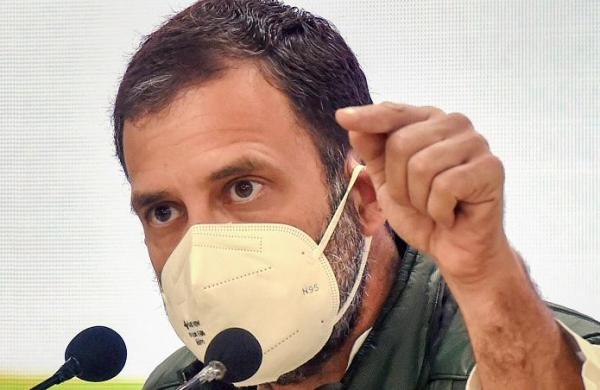 By PTI
NEW DELHI: Amid the ongoing farmers’ protest against the new farm laws, Congress leader Rahul Gandhi on Wednesday said India’s reputation has taken a “massive hit” and its biggest strength, its soft power, has been “shattered” by the BJP and the RSS.

Addressing a press conference, he said that the farmers’ issue needs to be resolved as soon as possible and the government needs to listen to them.

Asked if India’s image at the international level has taken a beating with barricading at Delhi’s borders where farmers are protesting and reports of treatment meted out to them, Gandhi said, “Absolutely the reputation of India has taken a massive hit. Not only on how we are treating our farmers, but on how we treat our people, how we treat journalists.”

“Our biggest strength, you can call it soft power, has been shattered by the BJP-RSS, their mindset,” he said.

Referring to the multi-layered barricading and roadblocks at protest sites, the former Congress chief asked why the national capital was being converted into a “fortress”, and asserted that farmers work hard for the country and should not be treated in this manners Alleging that there is no leadership in the country anymore, Gandhi said, “My constant request to the prime minister is ‘do your job’.

Your job is not to sell this country to one per cent of the population, your job is to protect the ‘kisaan’ (farmers) who are standing outside (Delhi). Go hold their hand, give them a hug and tell them ‘what is it that I can do for you’.”

“So the PM has basically given up, he is now on a different plane. We are going somewhere else now and the country is not being run. It is my request to the prime minister that please gather up your courage and run the country,” he said.