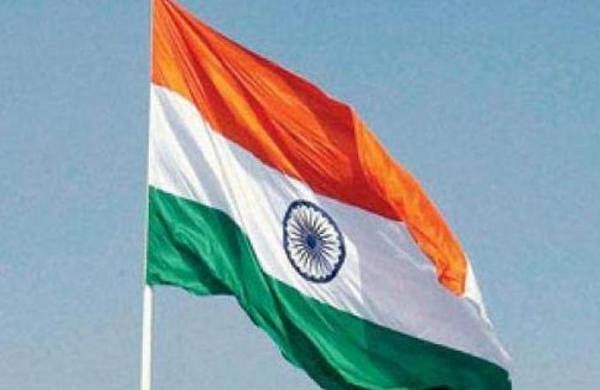 UNITED NATIONS: As India began her two-year tenure as a non-permanent member of the UN Security Council in January 2021, New Delhi’s presence at the horse-shoe table provided the “much-needed” balance at a time when the powerful organ of the world body grappled with major geo-political crises, including in war-torn Afghanistan.

When India took up the seat at the 15-nation Council in the beginning of the year, the world was still reeling with the COVID-19 pandemic that ravaged nations and slaughtered economies.

Just as economies and nations were beginning to open up, the Omicron variant’s lightning-speed spread across the world has given more reason to worry.

“I am deeply worried. If things do not improve – and improve fast – we face even harder times ahead. COVID-19 is not going away. It is becoming clear that vaccines alone will not eradicate the pandemic,” UN Secretary General Antonio Guterres said at his end of the year press conference recently.

“Vaccines are averting hospitalisation and death for the majority who get them and slowing the spread. But transmissions show no sign of letting up. This is driven by vaccine inequity, hesitancy and complacency,” he said.

With India wrapping up the first year of the two-year tenure as non-permanent member, the year saw New Delhi providing the “much-needed” balance vis-a-vis the powerful UN body’s five permanent members and their inter-se fissures.

New Delhi has also been the bridge to ensure the Council’s polarisation does not affect its ability to take a well considered view.

In his address to the high-level 76th UN General Assembly session in September, which reconvened in a physical format after going virtual last year due to Covid-19, Prime Minister Narendra Modi said that countries with “regressive thinking” that are using terrorism as a “political tool” must understand that it is an equally big threat for them also, in a veiled attack on Pakistan which is often accused by its neighbours of providing safe havens to terrorists.

He also called for ensuring that no country “tries to take advantage of the delicate situation in Afghanistan and use it for its own selfish interests.”

“It is very important to ensure that the soil of Afghanistan is not used for spreading terrorism and terrorist attacks,” he said.

Modi also said that When the right work is not done at the right time, time itself destroys the success of that work.

“If the United Nations has to keep itself relevant, it has to improve its effectiveness, increase its reliability,” he said, adding that a number of questions are being raised at the UN today.

“We have seen this during the Climate and Covid crisis. The ongoing proxy war in many parts of the world- terrorism and the crisis in Afghanistan have deepened these questions.”

He gave a clarion call to “constantly strengthen the UN for the protection of the global order, global laws and global values.”

When India assumed the rotating Presidency of the Council on August 1, not many had expected the unravelling of Afghanistan, which fell into the hands of the Taliban on August 15, leaving nations around the region and the world worried about the fate of the war-torn country and giving rise to fears that a seizure of power by the Taliban will erase the human rights gains of the past two decades.

“We are in the Security Council at a very significant juncture where we are not only grappling with the unprecedented COVID pandemic, but also dealing with fissures, both in the Security Council and outside, which need to be bridged through greater collective action rather than individual initiatives,” India’s Permanent Representative to the UN Ambassador T S Tirumurti had told PTI.

A country the size of India with its independent foreign policy has been a welcome entrant into the UN Security Council, providing the “much-needed” balance vis-a-vis the powerful UN body’s five permanent members and their inter-se fissures, he had said ahead of its Presidency of the Council in August.

India said that as a neighbour of Afghanistan, the situation in the country is of “great concern” to it and hoped there is an inclusive dispensation, which represents all sections of Afghan society, underling that a broader representation” would help the arrangement gain more acceptability and legitimacy.

It was under India’s Presidency of the Council that the 15-nation body adopted a significant resolution demanding that territory of Afghanistan not be used to threaten any country or shelter terrorists and that it expects the Taliban will “adhere” to commitments made by it regarding the safe and orderly departure from the country of Afghans and all foreign nationals.

This was the first resolution adopted by the powerful Council on the situation in Afghanistan following the takeover of Kabul by the Taliban and came on the penultimate day of India’s Presidency of the Security Council for the month of August.

The UN Security Council, under India’s Presidency, also unanimously adopted two significant outcome documents on the issue of peacekeeping, with External Affairs Minister S Jaishankar underlining that India believes in “walking the talk” when it comes to safety and security of UN peacekeepers.

Jaishankar, as President of the Security Council in August, hosted an open-debate on peacekeeping under the theme of Protecting the Protectors’.

During the meeting, a Resolution on Accountability of Crimes against UN Peacekeepers’ as well as Presidential Statement on Technology for Peacekeeping’, the first such UN Security Council document on this topic, was adopted.

The Resolution on accountability for crimes against UN Peacekeepers, drafted by India, was co-sponsored by all the members of the Security Council, and a total of over 80 UN Member States, signifying the support of the international community to the issue of peacekeeping, which India had highlighted as one of the priority areas during its Presidency of the 15-nation body.

On the occasion, India in coordination with the UN also announced the roll-out of the UNITE Aware Platform, which Jaishankar said is an initiative “based on the expectation that an entire peacekeeping operation can be visualised, coordinated, and monitored on a real time basis.”

“In August, the UNSC, led by India, underlined the primacy of United Nations Convention on the Law of the Sea (UNCLOS) which sets out the legal framework applicable to activities in the oceas, including countering illicit activities at sea,” sending a strong message to China.

In the Presidential Statement (PRST), adopted unanimously by the Security Council reaffirmed that “international law, as reflected in the United Nations Convention on the Law of the Sea of 10 December 1982 (UNCLOS), sets out the legal framework applicable to activities in the oceans, including countering illicit activities at sea.”

This is highly significant since it marks the first ever outcome document by the UNSC on the issue of maritime security.

Also for the first time in the PRST there are references to UNCLOS, a convention over which China has had long-standing reservations and objections.

In 2016, an international tribunal ruled against China’s claims to rights in the disputed South China Sea.

Beijing dismissed the ruling that favoured the Philippines and said it would not be bound by it.

Modi also became the first Indian Prime Minister to preside over a UN Security Council Open Debate as he chaired the high-level session on Enhancing Maritime Security – A Case for International Cooperation’ on August 9.