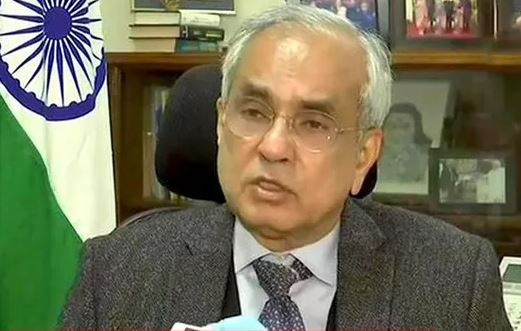 Rajiv Kumar, Vice-Chairman of NITI Aayog on December 31 foresaw that the nation’s economy is set to grow by 10 per cement in 2021-22 in “real terms”. Amid the COVID-19 pandemic, owing to lockdown and other restrictions, Kumar noted that India will reach “pre-COVID level” by the end of next year because the growth will occur in positive figures especially in the fourth quarter of 2020-21. The remarks by Vice-Chairman of NITI Aayog came after Anurag Singh Thakur, Minister of State for Finance and Corporate Affairs said that economy has already started coming back on track since the July-September quarter of this fiscal.

Amid the global health crisis, Prime Minister Narendra Modi’s government had taken a range of measures to boost the economy and revive the businesses and according to Thakur, the finances started getting redirected to the normal courses since the second quarter of the year. While speaking on the sidelines of an event, the minister had also noted that the Good and Services Tax (GST) collection was more than Rs 1 lakh crore both in October and November.

Meanwhile, the United Nations (UN) also stated in a report that India’s economy could prove to be the “most resilient” in the subregion of the South and South-West Asia over the long term. The organisation even noted that the growth will occur on positive numbers and India’s large market is set to attract investments. The report titled, ‘Foreign Direct Investment Trends And Outlook In Asia And The Pacific 2020/2021’ is compiled by the United Nations Economic and Social Commission for Asia and the Pacific (UNESCAP).