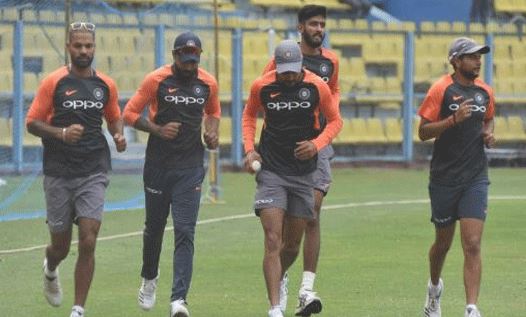 The Indian cricket team is practicing heavily in Sydney for the series against Australia. The Indian team practiced with a red and pink ball on Tuesday in Sydney.

India has to play three ODIs, three T20s and four Tests in this tour. Indian captain Virat will return home after playing the first Test in Adelaide in Australia due to the birth of his first child. The Indian team will play the last three Tests in Melbourne, Sydney and Brisbane without their regular captain Virat and Ajinkya Rahane will lead the team in his absence.