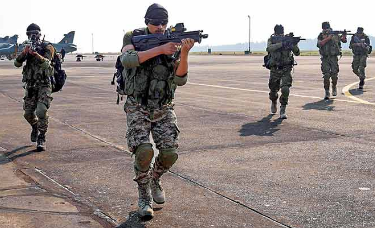 The First Mountain Strike Corps of the Indian Army has reached the front in Ladakh. This core has been formed keeping China in mind. It has all the necessary equipment to be immediately deployed in the mountains and has been equipped with the most modern weapons. It has state-of-the-art ultra-light howitzers that can be deployed on the mountains by helicopter.

It is divided into Independent Battle Groups i.e. IBG and each group can have up to 6 battalions which have all components like artillery, tanks, missile units, signals. Three years ago, this corps had done a big maneuver in Ladakh with great silence and prepared itself to fight in this area. Tension has increased on LAC and the next four weeks are going to be very important. Meanwhile, China can take any action to change the situation on LAC. After a month, winter will start and it will be difficult to do any operation during that time. The Indian Army has so far deployed three additional divisions, two of which are mountain divisions. One of them has come from her location in Uttar Pradesh and one in Himachal Pradesh.