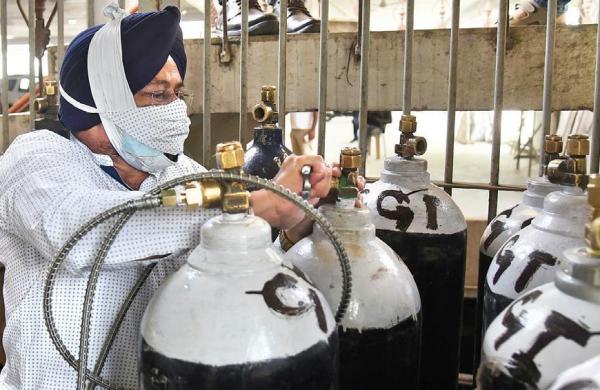 By Express News Service
NEW DELHI: The situation at the Indian Army’s Base Hospital (Delhi Cantonment) turned distressing on Tuesday after their oxygen supply from the Delhi Government was further curtailed.

An army officer said, “The requirement of oxygen at Base Hospital is 3.4 MT but the Delhi Government was allotting only 1 MT till now. But the problem arose when it was reduced further to 0.42 MT from last night.”

Due to soaring Covid numbers among their ranks, the Army had converted the Base Hospital in the Delhi Cantonment area into a Covid-19 hospital last week to provide “extensive” medical assistance.

But such is the crisis now that the Army needs to expand the number of beds even further thus requiring even more oxygen,  an officer said.

However, the Indian Army’s Western Command clarified that there is an adequate supply of oxygen in the base hospital.

The Western Command tweeted, “It is clarified that there is an adequate supply of oxygen in the Base Hospital Delhi Cantonment, Western Command assures all serving persona, veterans and dependents, of our assistance and full support. StaySafe.”

The Base Hospital comes under the Delhi Area which is part of the Western Command of the Indian Army.