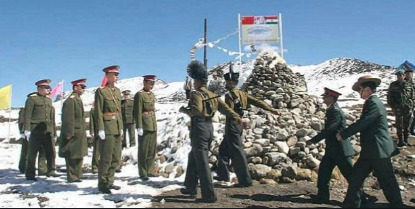 In the days following the Indian Army’s surprise move in taking control of key heights in the Pangong Tso area and ahead of the S Jaishankar-Wang Yi meeting, China repeatedly poked and prodded along the border in a bid to test the Indian response.
The big deployments in the Chushul area meant to intimidate, and pin-pointed thrusts that attempted to dislodge freshly acquired Indian positions, failed to deter India from holding onto its gains even as it counter-mobilised to signal its resolve.

Foreign minister S Jaishankar plainly told his Chinese counterpart, Wang Yi, during the talks that ended late on Thursday evening in Moscow, that India would not de-escalate until there was complete and verifiable disengagement at all points on the LAC.

The government plans to make the law banning manual scavenging more stringent by introducing a bill in the Monsoon Session of Parliament, which is scheduled to begin from Monday. The Prohibition of Employment as Manual Scavengers and their Rehabilitation (Amendment) Bill, 2020, also proposes to completely mechanise sewer cleaning and provide better protection at work and compensation in case of accidents, officials said.