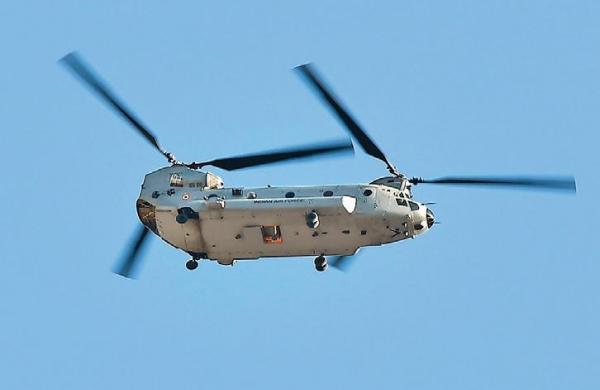 By ANI
BIKANER: ‘Yudh Abhyas 20’, an annual bilateral joint exercise between the Indian Army and US Army, saw Chinook helicopters in action on Tuesday.

The Chinook is an American twin-engined, tandem-rotor, heavy-lift helicopter. It is among the heaviest lifting Western helicopters.

Indian Air Force had inducted four Chinook heavy-lift choppers in 2019. India paid close to USD 1.5 billion for 15 of these helicopters which would be also used for deploying troops and machinery at high altitude locations.

The joint military exercise aims to enhance cooperation and interoperability in counter-terrorism operations.

It started on February 8 and will go on till February 20 at the Mahajan Field Firing Range (MFFR) in Rajasthan.

According to an official release by the US Embassy in India, the US Army Pacific-sponsored exercise involves approximately 250 US Army and 250 Indian Army soldiers.

The exercise commenced yesterday in the western sector with expert academic exchanges and professional development workshops that focus on training at the corps-level and below, combat against conventional, unconventional, and hybrid threats; humanitarian assistance and disaster relief.