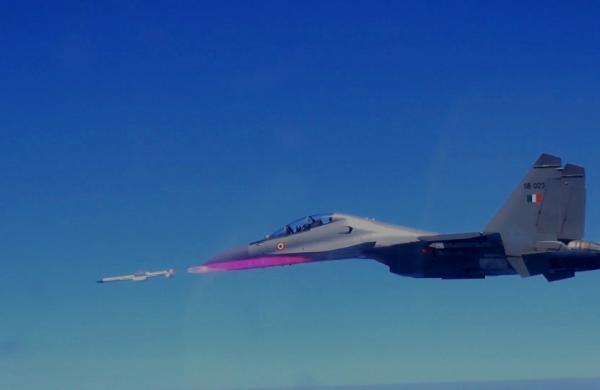 By ANI
NEW DELHI: In a step that would establish its superiority in air combat over China and Pakistan, India would start testing the Astra Mark 2 beyond visual range air to air missile, which would be capable of taking down enemy aircraft from a range of 160 kilometres.

The extended range Astra Mark 2 would give India an edge over its adversaries and would add more lethality to its fighter jets in aerial combat, like the one which happened a day after the Balakot airstrikes on February 26, 2019.

“The trial for the Astra Mark would be starting in the second half of this year and we are hoping to see the missile fully developed by 2022,” government officials told ANI.

The next-generation missile is expected to be operational by the next year-end, former Central Air Commander Air Marshal SBP Sinha (Retd) said.

The retired officer has been associated with the Astra missile programme for a long time now.

The Astra is a beyond visual range air-to-air missile (BVRAAM), which flies over four times the speed of sound at Mach 4.5. Efforts are now on to integrate the over 100 km strike range missile on the indigenous fighter aircraft LCA Tejas.

The all-weather day and night capable Astra, which currently has a strike range of around 100-km, will eventually replace the expensive Russian, French and Israeli BVRAAMs that are currently imported to arm IAF fighters.

The Indian Air Force and Indian navy have already given orders for 288 Astra Mark-1 Missiles which are already “proven” on the Russian-origin Sukhoi-30MKI fighters.