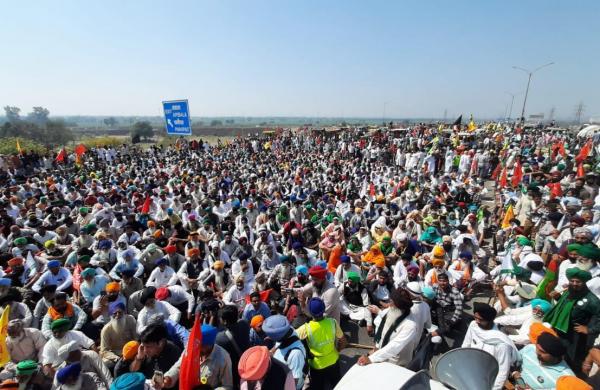 Express News Service
NEW DELHI:  A day after the UK Parliament held a debate on the farm protests and the three farm laws, the Ministry of External Affairs on Tuesday summoned British High Commissioner Alex Ellis to express New Delhi’s opposition to the “gross interference”.

“Foreign Secretary summoned the British High Commissioner and conveyed strong opposition to the unwarranted and tendentious discussion on agricultural reforms in India in the British Parliament.”

“Foreign Secretary made it clear that this represented a gross interference in the politics of another democratic country. He advised that British MPs should refrain from practising vote bank politics by misrepresenting events, especially in relation to another fellow democracy,” a terse statement from the ministry read.

Earlier in the day, the Indian High Commission in London dismissed the debate as being based on false assertions and without substantiation of facts.

British parliamentarians held the debate on Monday in response to the e-petition initiated by Liberal Democratic Councillor Gurch Singh.

UK law mandates that any petition which garners over one lakh signatures must be debated in Parliament.

According to a former diplomat, the harsh tone of British MPs indicates India’s handling of the farm protests has not gone down well with them. Another diplomat said that any country can discuss any issue in their Parliaments but it will affect India’s image if a resolution is passed.

“If the debate had resulted in a resolution against the government and had there been any government-to-government communication on this, only then it is a cause of worry else such debates keep happening around the world,” he said.

Dismissing aspersions about lack of press freedom in India, the Indian mission in London said, “Foreign media are present in India and have witnessed the events first-hand”.