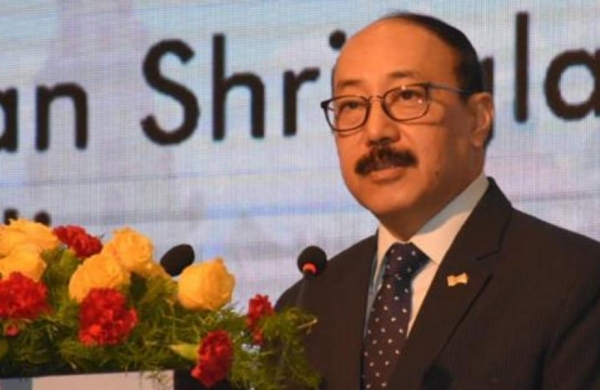 By PTI
NEW DELHI: India summoned the British High Commissioner on Tuesday and conveyed its strong opposition to the “unwarranted and tendentious” discussion on India’s agri reforms in the UK Parliament, describing it a “gross interference” in politics of another country.

India’s demarche to the envoy came a day after several British MPs held a discussion in the parliament over issues around the use of force against protesters opposed to agricultural reforms in India and journalists being targeted while covering the protests on the outskirts of Delhi.

“Foreign Secretary summoned the British High Commissioner and conveyed strong opposition to the unwarranted and tendentious discussion on agricultural reforms in India in the British Parliament,” the MEA said in a statement.

“Foreign Secretary made clear that this represented a gross interference in the politics of another democratic country,” it said.

The MEA further said: “He advised that British MPs should refrain from practising vote bank politics by misrepresenting events, especially in relation to another fellow democracy.”

Separately, the Indian High Commission in London condemned the false assertions in a “distinctly one-sided discussion”.

It pointed out that foreign media, including British media, had been present and witnessed the events surrounding the farmers’ protests in India first-hand and any “question of lack of freedom of the media in India does not arise.

“We deeply regret that rather than a balanced debate, false assertions without substantiation or facts were made, casting aspersions on the largest functioning democracy in the world and its institutions,” a statement issued by the high commission said.

The debate stemmed from an e-petition that attracted over 100,000 signatures on the parliamentary website.

It said that a false narrative over farmers’ protest was sought to be developed even though “the High Commission of India has been, over a period of time, taking care to inform all concerned about the issues raised in the petition”.

Farmers, mainly from Punjab and Haryana, have been camping at several Delhi border points since November last year, demanding that the government repeal the three new farm laws and provide legal guarantee of minimum support price (MSP) for their crops.

As the UK government minister deputed to respond to the debate, Foreign, Commonwealth and Development Office (FCDO) minister Nigel Adams said the close UK-India relationship did not hinder the UK in any way from raising “difficult issues” with India, even as he reiterated the government line that agricultural reforms are a “domestic matter” for India.