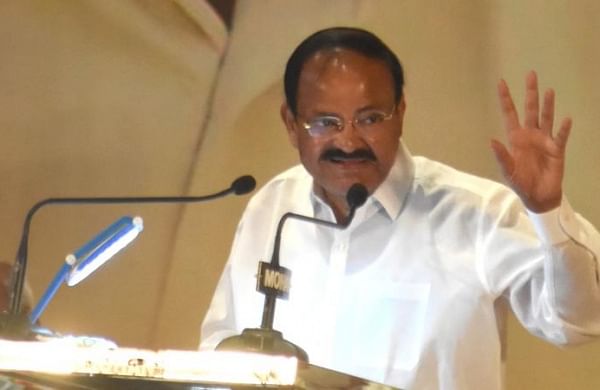 NEW DELHI: Vice-President Venkaiah Naidu on Sunday stressed upon the need to promote agro-based industries in rural areas of state like Bihar so as to create employment opportunities for the youth.

Referring to the reverse migration from cities to rural areas during the Covid-19 pandemic, the Vice-president said that an immense potential of entrepreneurship can be developed in agriculture sectors for the benefits of Indian economy.

Spelling out the benefits of Farmer Producer Organization (FPO), he further said that the FPOs can immensely help farmers in the fields of agro-based initiative, such as marketing, packaging and exports.

Reiterating that there is a lot of scope for goods processing in the country, the Vice-President asked the universities to encourage farmers in their respective regions to form collectives in order to make a good move in the agriculture sectors.

Stressing also upon the larger adaptation of latest technologies in agriculture fields, the Vice-President also said: “The developed world is already reaping benefits from the use of Artificial Intelligence (AI) in agriculture. India, should also harness its potential to help improve farm income”.

Speaking on the occasion of second annual convocation at the Pipra-Kothi campus of Dr Rajendra Prasad Central Agriculture University in Bihar’s East Champaran district, he asked the university authorities to work on the ‘Impact Assessment of Technologies’ (IAT) evaluating alternative farming techniques and their sustainability. Lauding the farmers for producing food grains in plenty despite of challenges, posed by the COVID-19 pandemic, he said that India owes a lot to farmers and the Corona Warriors.

“Agriculture is our basic culture. So, the Centre and State governments, public leaders, universities and research institutions and the media also should give more importance to agriculture”, he said, adding that.

He also asked the concerned university to introduce contemporary courses like as agriculture journalism, agro-tourism management and for establishing a start-up incubation centre.

He also encouraged the students to play a bigger role as agro-professionals in a country like India where agriculture is one of the main pillars of the Indian economy.

He also attended another function in Rajgir in Nalanda district with Governor Phagu Chauhan and CM Nitish Kumar.