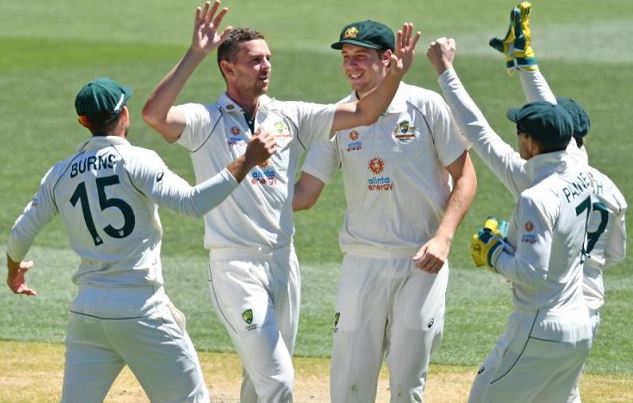 Virat Kohli-led side might have had a 62-run lead entering the third day of the first Test, but the side squandered the advantage as the batsmen failed to rise to the occasion and Australia made light work of the visitors.

Resuming day three at 9/1, India lost the wickets of Jasprit Bumrah (2) and Cheteshwar Pujara (0) in quick succession as Pat Cummins sent both the batsmen back to the pavilion. In the very next over of Pujara’s dismissal, Josh Hazlewood prized the wickets of Mayank Agarwal (9) and Ajinkya Rahane (0), and India was left reeling at 15/5 with just a lead of 68 runs over the hosts.

Things turned worse for the visitors as Pat Cummins had Virat Kohli (4) caught at the hands of Cameron Green at gully. Wriddhiman Saha and Ravichandran Ashwin also failed to leave a mark and India was left reeling at 26/8.