India no country for women? Here’s what the National Family Health Survey reveals 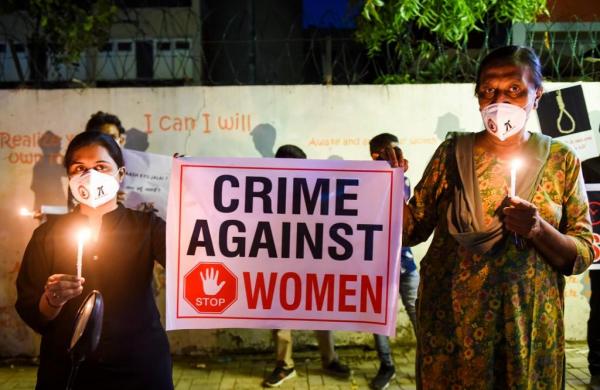 Online Desk
CHENNAI:  In the southern state of Kerala, during a counselling session at a Nirbhaya centre, a 17-year-old alleged that she was raped by at least 38 men over a period of four years. Around the same time, a survivor of child sexual abuse, who had been living in a private children’s home in Kochi, under the CWC’s protection, for two years collapsed and died.

A month earlier in December 2020, the state police had arrested 41 persons for sharing sexually explicit pictures and videos of children between the age group of 6-15.

These incidents are from a state that has reported one of the lowest numbers of child sexual abuse cases, according to the National Family Health Survey (2019-20).

The survey carried out across 6.1 lakh sample households, and involving household-level interviews to gather information on population, family planning and health along with nutrition-related indicators, had significant pointers on how India is treating its women and girls. So, what does it reveal?

Sunitha Krishnan, activist and co-founder of Prajwala, questions the numbers. “In Kerala, the amount of sexual violence within the family is very high but it doesn’t get reported. If the cases come up then they will go through one-stop centers instead of making it to the reports in the police station. Given the circumstances, can we judge a state by the figures of the reported numbers?” she asks.

Shockingly, a state known for having the highest literacy rate has only an 18 per cent conviction rate in Protection of Children from Sexual Offences Act  (POCSO) cases.

Smita Bharti, executive director of Sakshi, states that when it comes to gender discrimination the lack of awareness remains high in the state.

ALSO READ | Most complaints to NCW came from Uttar Pradesh

In Karnataka, 11 per cent of women aged 18-29 said that they had experienced sexual violence by the age of 18 — the highest in the country.

The eastern state of West Bengal reported the second-highest number of cases at 9.7 per cent.

Cases in Andhra Pradesh, Tripura and Manipur too fell — to 3.7 per cent, 7.0  per cent and 5.4 per cent respectively.

The numbers underscore that in largely patriarchal India, where deep-rooted misogyny thrives, gender-based violence is often overlooked and gravely under-reported. Among other societal factors that influence such violence are those that create an acceptable climate for it. Women and children mostly suffer the psychological and physical trauma induced by their partners or families in silence, say experts.

Sexual violence is the most visible aspect of a general climate of misogyny in which women are always under the scanner for signs of immoral behaviour, feminist scholar Nivedita Menon had once written.

“The shame attached to it forces women to not report acts of violence. Just because one state is reporting more that doesn’t mean that other states are not facing this crisis. Less than 50 per cent cases actually get reported. In some places, it is even lower than that. We can’t really look at the data and say that it is the actual representation. It doesn’t give us an accurate picture of what is happening in reality,” Bharti argues.

When it comes to domestic violence faced by women aged 18-49 years, of the 22 states and UTs surveyed, a total of seven states and UTs reported a spike in cases in the Survey in comparison to the earlier report in 2015-16.

Over 30 per cent women have suffered from domestic violence in five states of Karnataka, Assam, Mizoram, Bihar, Telangana.

In Karnataka,  44.4 per cent women between the age 18-49 survived domestic violence. The data shows that about 40 per cent of women in Bihar, 39 per cent in Manipur, 36.9 per cent in Telangana, 32 per cent in Assam, and 30 per cent in Andhra Pradesh suffered spousal physical and sexual violence.

“The statistics are just indicators they can only give a basic understanding that there are states where more women are comfortable to report. In Bihar, in all probability, at one point due to the regime or otherwise, people had the confidence to report and then they must have gone through severe repercussions so they stopped reporting,” Krishnan says.

The lesson from Bengal

It requires not only awareness but cooperation from authorities for women to report gender-based violence. The silence of the people privy to incidents and victim-blaming attitudes contribute to creating a climate of tolerance, which makes it more difficult for women to report the atrocities inflicted on them. Lack of social and financial security adds to the misery.

“The safe space created by states to safeguard victims is the only way to get more people to speak up. The states with higher numbers are rather encouraging more women to report, that is one way to look at it. In recent times (last five years), enormous amounts of effort have gone into Bengal in targeting adolescent girls to educate them on gender-based violence. That created a platform for girls to speak up. This could be one reason why the state has the second-highest rate of reported child sexual abuse,” Sunitha Krishnan observes.

Is the judiciary doing enough?

Child sexual abuse survivors often withdraw cases due to the staggeringly long time it takes for justice to be served in courts. A prompt redressal is essential to encourage survivors seeking justice, experts note, while stressing that along with it the awareness too has to be created.

“Even though we need a proper legal framework to provide justice to survivors of child sexual abuse, it is a very complex place to say what will provide a safe space. One can have a proper judicial system but the implementation and awareness for citizens to gain access to any kind of support is essential,” Bharti suggests.

It starts with addressing the root causes of sexual violence in our culture. One way to educate women is through the strong network of ASHA workers, which the government had mobilized for nutrition, vaccination et al, she adds.

What about caste-based sexual violence?

Although the government of India, sampled a decent chunk of the population, the segregation of data on gender-based violence, charted out in three broad categories, missed out on the caste equation.

Dalit women, who make up at least 16 per cent of India’s female population, are most vulnerable to gender and caste-based sexual violence. For Dalit women, perhaps the most marginalised section of Indian society, access to the judiciary is the first barrier to justice. Bhanwari Devi’s ‘Manney Nyay Chahiye’ plea before the Rajasthan High Court and the recent Hathras case in 2020 underscored our collective failure to address the caste-based sexual violence that has plagued Dalit women. The lack of acknowledgement in government surveys only exacerbates the issue.

Despite the enactment of Sexual Harassment of Women at Workplace (Prevention, Prohibition and Redressal) Act in 2013, the survey makes no mention of workplace harassment, especially even after the #MeToo movement. Sexual harassment at the workplace was recognised by a landmark Supreme Court judgment in 2017. However, over the years, poor implementation of the law has failed women in the informal sector, most of whom come from socially and economically marginalised communities.

“Every workplace needs to have an Internal Committee (IC) and they are supposed to document the cases and report to the district collector’s office. If it’s for less than 10 people then it has to be reported to a local committee constituted under the supervision of the district collector. There is a formal and informal way of reporting harassment in which formal (complaints) get reported and the informal (ones) get resolved. The survey could have included workplace sexual harassment” Bharti notes.

Interestingly, despite this lack of nuanced segregation and collection of data, activists suggest that we should not discredit the findings.

Surveys are extremely important and they are bringing to light whatever is visible. What we need is an understanding of what is the tip of the iceberg. Educate young adults in the family and make them aware of how they can educate their families, suggests Bharti.