India may be heading towards second Covid peak, smaller cities to be worst-hit this time: Centre 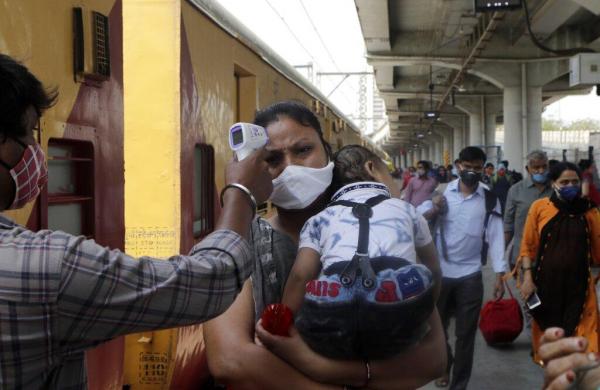 Express News Service
NEW DELHI: Top functionaries in the government on Wednesday confirmed for the first time that India may be heading towards the second peak of the Covid-19 pandemic, but indicated that tier 2 and 3 cities may be the worst-hit this time.

Mostly smaller towns in 70 districts of the country have seen the steepest rise of 150% and above in new cases over the last two weeks, with Ratlam in Madhya Pradesh recording a spike of 500%.

In his meeting with Chief Ministers to discuss the worrying spike in coronavirus cases in several states, Prime Minister Narendra Modi on Wednesday said that it was critical to stop the “emerging second peak” of the pandemic with decisive steps including micro-containment zones and enforcement of Covid protocols.

“We should be proactive. Wherever necessary, micro-containment zones should be declared without hesitation,” he said.

The PM added: “If we don’t stop Covid right now, then there could be a nationwide outbreak. We will have to immediately stop the emerging second wave of Corona and for this, we will have to take quick and decisive steps.”

As per the details shared by the Union health ministry, the country now had over 2.34 lakh active Covid-19 cases and there has been around 43% week-on-week increase in cases and a 37% week-on-week rise in deaths due to infection over the last two weeks.

There are 70 districts across 16 states, where the number of coronavirus cases has risen by 150% or more over the last two weeks and Ratlam in Madhya Pradesh has seen the steepest rise at 500%. On the other hand,  there are 55 districts in 17 states which have seen a rise of 100-150 % in the same time period.

“We are seeing an emerging second peak,” said V K Paul, member, health, Niti Aayog who also heads the national task force on Covid-10. “The second peak is now, it seems in tier 2, tier 3 cities and is getting closer to the rural areas.

Data shows that Maharashtra, Punjab, Karnataka, Gujarat, and Tamil Nadu continue to report a high number of daily new cases and together these states accounted for 71.10% of the 28,903 new cases reported on Tuesday. Altogether, there are 8 states where the pandemic graph is on a rising trajectory.

Also, 83.91% of the new cases are from Maharashtra, Punjab, Karnataka, Gujarat, and Tamil Nadu and Kerala and Maharashtra alone account for 61.8% of the daily new cases with 17,864 cases.