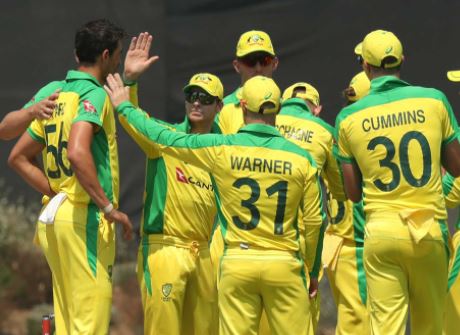 Hardik Pandya and Virat Kohli are the batsmen at the crease for Team India, following the dismissals of Shikhar Dhawan, Shubman Gill, KL Rahul and Shreyas Iyer. The visitors won the toss and opted to bat against Australia in the final ODI of the three-match series at the Manuka Oval in Canberra. The visitors have made four changes to the lineup, with T Natarajan, Shubman Gill, Shardul Thakur and Kuldeep Yadav handed opportunities. Navdeep Saini, Mohammed Shami, Yuzvendra Chahal and Mayank Agarwal will sit out. Australia have made three changes with Cameron Green, Sean Abbott and Ashton Agar included in the lineup. Mitchell Starc is sidelined due to a back niggle with David Warner and Pat Cummins the other players sitting out. The hosts will complete a clean sweep in the ODI series with a win, having emerged victorious in the previous two games by handsome margins.