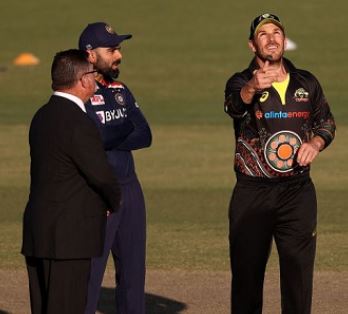 The last match of the three-match T20 series between India and Australia is to be played in Sydney some time from now. Indian captain Virat Kohli has decided to bowl first after winning the toss. In today’s match, a change has been made in Australia’s team, while India has landed with no change. Captain Aaron Finch has returned, replacing all-rounder Marcus Stoinis.

India has already captured the series by winning two consecutive matches. In the last match, hosts Australia will look to save the match. He intends to save respect, while Team India would like to do a clean sweep.