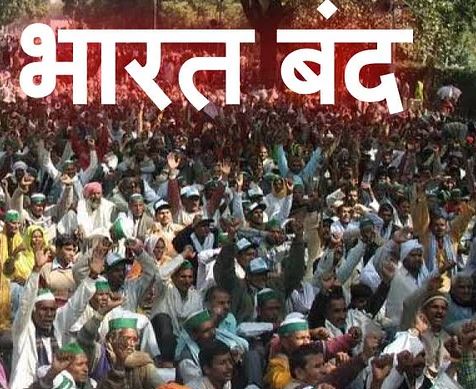 Farmers protesting against agricultural laws in Delhi have declared a Bharat Bandh today. This bandh has got the support of about 24 opposition parties in the country. On Tuesday, the impact of this bandh was seen in Maharashtra, where the rail was stopped by protesters. At the same time, strict security arrangements have been made in Uttar Pradesh for the Bharat Bandh. Under this, section 144 has been implemented by the Yogi government in rural areas of Lucknow. In addition to Lucknow, there were restrictions on processions, picketing-demonstrations, rallies and sieges by five or more persons in the city as well as in rural areas. Let people in Odisha protest against this bandh. Charanjit Singh, president of Punjab Transport Association, said that the All India Motor Transport Congress has decided to block the block on December 8 in support of the farmers. Transport Union, Truck Union, Tempo Union have all decided to make the bandh a success. This bandh will take place across India.