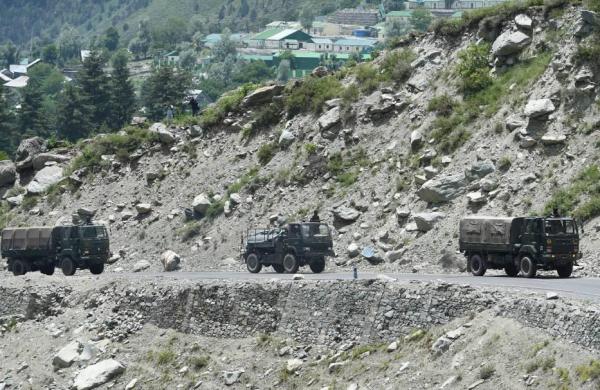 By PTI
NEW DELHI: India and China on Friday held “in-depth” discussions on addressing the remaining issues along the Line of Actual Control (LAC) in eastern Ladakh, holding that disengagement in the North and South banks of Pangong lake provided a good basis to work towards their early resolution.

The two countries also agreed during the parleys that in the interim they should continue to maintain stability at ground level and prevent any untoward incident.

The talks were held under the framework of the Working Mechanism for Consultation and Coordination on India-China Border Affairs (WMCC).

The Ministry of External Affairs (MEA) said the two sides agreed to maintain close communication and dialogue through both the diplomatic and military channels and agreed to convene the 11th round of military talks at an early date.

In a statement, it said the two sides should continue their dialogue to reach a mutually acceptable solution for complete disengagement from all friction points at the earliest.

“This would enable two sides to look at broader de-escalation of troops in the area and work towards restoration of peace and tranquillity in the border areas. They also agreed that in the interim two sides should continue to maintain stability at ground level and prevent any untoward incident,” the MEA added.

The MEA also said that India and China agreed that the agreement reached between the two foreign ministers in Moscow in September last as also their recent phone conversation in February should continue to guide the work of the two sides.

“They agreed that the completion of the disengagement in North and South Bank of the Pangong Lake provided a good basis for the two sides to work towards early resolution of these remaining issues.”

The Indian delegation was led by Additional Secretary (East Asia) in the MEA while the Chinese side was headed by director general of the boundary and oceanic department of the Chinese Ministry of Foreign Affairs.

As a result of a series of military and diplomatic talks, the two countries had completed withdrawal of troops and weapons from the North and South banks of Pangong lake in line with an agreement on disengagement.

At the talks, India pitched for a faster disengagement process in areas like Hot Springs, Gogra and Depsang to bring down tension in the mountainous region.