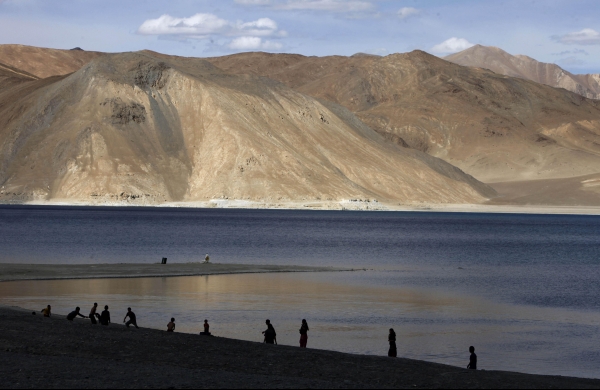 By ANI
NEW DELHI: Tanks and infantry combat vehicles of India and China started disengaging from both the banks of Pangong lake as part of the disengagement process between the two countries along the Line of Actual Control (LAC).

Sources said under the first phase of disengagement, the tanks of India are being moved back towards Nyoma and adjoining areas while the Chinese are taking them back beyond Sirijap and Moldo garrison.

“The movement related to disengagement of tanks and infantry combat vehicles from forward positions to rear locations started last evening itself. The disengagement from the two banks of the Pangong lake is aimed to be completed within seven days,” a source said.

After the first phase of disengagement is completed, the two sides would start discussing the other friction points including the Patrolling Point-17 and PP-15, they said.

To finalise the modalities, sources said the two sides had held extensive Army to Army discussions through hotlines as well as the two physical meetings in the Chushul sector on February 8 and 9.

The strategic heights on the southern bank of Pangong lake Rezang La and Rechen La, which were captured by the Indian troops in a preemptive operation in late August, are also witnessing disengagement.

Defence Minister Rajnath Singh on Thursday told parliament that Indian and China have reached an agreement for disengagement on the north and south bank of Pangong Lake and the country will not allow anyone to take an inch of its land.

While India has to move to the Dhan Singh Thapa post near Finger 3, the Chinese will be moving to the east of Finger 8.

The two countries have deployed over 50,000 troops opposite each other in the eastern Ladakh area ever since the Chinese tried to change the status quo.