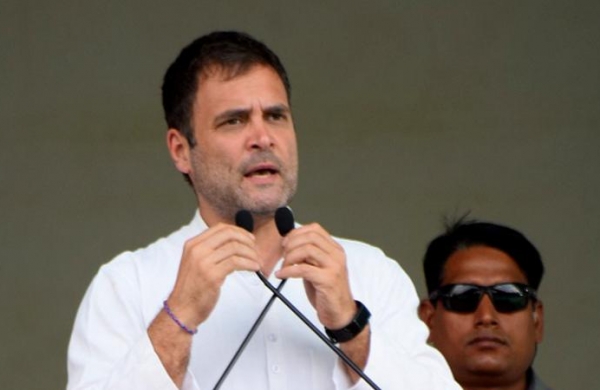 By PTI
NEW DELHI: On the anniversary of the historic “Dandi March”, Congress leader Rahul Gandhi alleged on Friday that India is becoming increasingly “chained by authoritarian forces led by the RSS” and urged people to be guided by Mahatma Gandhi’s example to continue with the march for freedom.

On March 12, 1930, Mahatma Gandhi walked from the Sabarmati Ashram to Dandi in Gujarat to break the salt-tax law imposed by the British.

It was an act of civil disobedience to protest against the British rule in India.

“Gandhiji’s Dandi March gave a bold message of freedom to the entire world,” Rahul Gandhi said in a Facebook post.

“Today, as India is becoming increasingly chained by authoritarian forces led by the RSS, we must renew our individual commitment to collective freedom. Let us be guided by Gandhiji’s example and continue the march for freedom. Jai Hind!” the former Congress chief said.

In a tweet, he also attacked the Centre over the issue of employment, saying students want jobs but the government is giving them “beating by police, spraying by water cannon, tag of ‘anti-national’ and unemployment”.