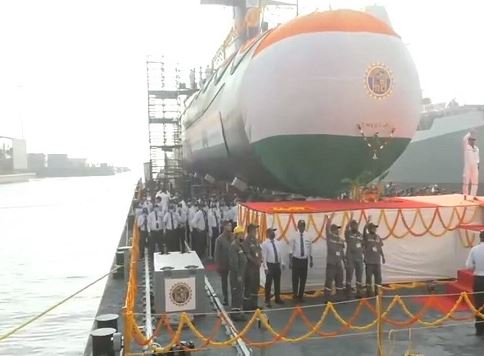 India’s strength in the Arabian Sea has increased further. The Indian Navy launched the fifth class submarine ‘Wazir’ at Mazgaon Dock in south Mumbai today (Thursday), equipped with modern technology to evade enemy radar. Vijaya, wife of Minister of State for Defense Shripad Naik, launched the submarine through video conference. Naik attended the event as a chief guest through a video conference from Goa.

The ‘Wazir’ submarine is part of six Kalveri-class submarines being built in India. The submarine is designed by the French marine defense and energy company DCNS and is under construction under Project 75 of the Indian Navy. The officer said these submarines are capable of gathering intelligence on the surface, effective in anti-submarine warfare, laying landmines at sea and monitoring in the area.