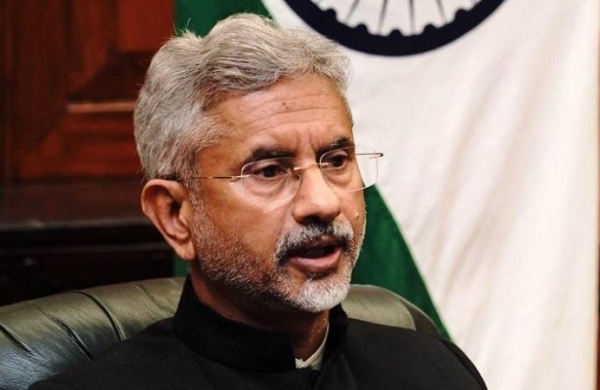 By Express News Service
NEW DELHI:  External Affairs Minister S Jaishankar, who is in Tajikistan on a two-day trip to attend the Heart of Asia ministerial meeting, said that India backs a regional process under the UN for a political settlement in Afghanistan.

External Affairs Minister S Jaishankar with hisIranian counterpart Mohammad Javad Zarif inTajikistan’s Dushanbe on Tuesday| Pti“Durable peace in Afghanistan requires a genuine double peace or peace within Afghanistan and peace around Afghanistan. It requires harmonising the interests of all, both within and around that country,” the minister said.

The Heart of Asia-Istanbul Process is a 15-member regional initiative aimed at finding a lasting solution in war-torn Afghanistan. Its members include China, Iran, Russia, Pakistan and other central Asian countries. The UN-backed process was first suggested by US Secretary of State Antony Blinken, who  expressed concern at New Delhi being kept out of processes like extended Troika.

“India welcomes any move towards a genuine political settlement and a comprehensive and permanent ceasefire in Afghanistan. We appreciate the international recognition of foundational principles that will determine their contours. We support a regional process to be convened under the aegis of the United Nations. UN stewardship would help to take into account all relevant UN resolutions and improve the odds for a lasting outcome,” Jaishankar said. Saying that the situation in Afghanistan remains a concern, he said violence and bloodshed are daily realities and that the conflict has shown little sign of abatement.

“The continued involvement of foreign fighters in Afghanistan is particularly disturbing. Heart of Asia members and supporting countries should, therefore, make it a priority to press for an immediate reduction in violence leading to a permanent and comprehensive ceasefire,” Jaishankar said.

Jaishankar meets foreign ministers & Afghan PrezJaishankar also held meetings with the foreign ministers of Kazakhstan and Turkey and Afghan President Ashraf Ghani. Though touted widely that he will talk to the Pakistan Foreign Minister, both camps have said no such meeting is on the cards.