Increase immunity, be cautious and be happy to prevent corona: advice from medical officials 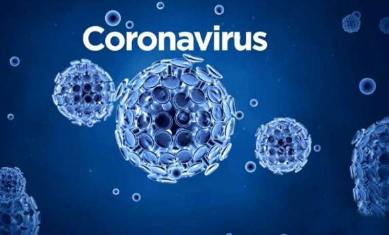 Raipur. A webinar on Corona Epidemic Prevention Awareness was organized on Saturday by Regional Public Relations Office, Ministry of Information and Broadcasting, Government of India and Regional Public Relations Office Ambikapur. As a guest speaker in the webinar, Dr. Nodal Officer of Government Medical College Ambikapur, Assistant Professor cum Covid Control Center, Ambikapur. Shailendra Gupta and AYUSH Medical Officer Dr. Mukesh lived On this occasion, doctors advised to increase immunity, to be careful and to be happy to avoid all the corona.
Dr. Shailendra Gupta explained the difference between Corona, Novel Corona and Kovid 19. He explained the reasons why the WHO has given Corona an epidemic status. The world is equally struggling with the corona. Especially developed countries are more upset. India’s position in this case is relatively fine. He highlighted three ways of investigating the Kovid. CT scan removed the confusion of the Kovid probe. Dr. Gupta told that the process of all the three types of tests is quite easy and the person doing the test does not feel any kind of pain. He told about the symptoms of corona, if the fever is more than 100 degrees, the body is feeling weakness and pain, high fever, smelling ability is lost, there is no taste in food and loose motion problem, then these symptoms of corona Can occur. He said that the risk of Corona epidemic can be reduced by being alert and happy.
Ayush Medical Officer Dr. Mukesh Mahore gave information about Ayurvedic remedies to prevent corona. He said that increasing immunity is considered the best way to prevent any disease. There are many ways to increase immunity in Ayurveda. Especially to prevent corona, ayurvedic medicines are doing like nectar. He advised people to drink hot water throughout the day and do yoga, meditation and pranayam daily. Dr. According to Mukesh, if we use Ayurvedic spices properly, we can increase immunity. We must use spices properly. At the same time, he appealed to end the fear when he became corona. He told that due to fear, the oxygen level in the body decreases. This makes it more difficult.
Additional Director General Sudarshan Pantode advised people not to unnecessarily leave the house, not to rush into the crowd to be vigilant on leaving the house and to use hand sanitizer and mask. He appealed to keep himself happy to avoid depression.
The program was conducted by Chief Public Relations Office Chief Shailesh Faye. Additional Director General Sudarshan Pantode thanked. Inaugurating the program, Shailesh Faye, Head of the Regional Public Relations Office, said that the Regional Public Relations Office is constantly trying to make people aware during the Corono period. Under this exercise, webinars related to corono awareness are being organized continuously.
The webinar was attended by officers, employees, heads of registered artist teams, panchayat representatives, NSS volunteers and their officers from all regional public relations offices subordinate to the Regional Public Relations Office Raipur.