In UP, a Congress leader woos SP legislator Azam Khan with posters 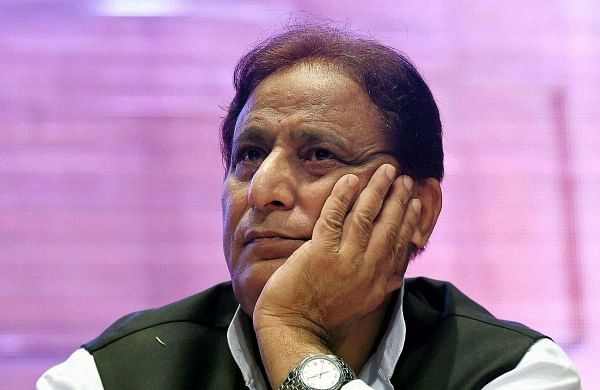 LUCKNOW: Amid the purported differences between Samajwadi Party’s Rampur MLA Azam Khan and the party leadership over its approach towards the Muslims, the Congress party has found a window to woo the SP stalwart who has been in Sitapur jail since February 2020.

Ullah has also released a poster on social media.

Notably, amid the reports of Azam Khan’s annoyance with the SP chief Akhilesh Yadav for not supporting him legally in securing bail in cases due to which he has been in jail for the last 26 months, Acharya Pramod had met Azam in Sitapur Jail recently.

However, the Congress leaders in the state capital sought to distance themselves from the posters saying it could be a personal view and feeling of a Congress worker. “Azam Khan is a senior leader of the state. It is unfortunate that BJP is committing atrocities on such a stalwart and ironically his own party has failed to provide him adequate support in his trying time. As far as induction in Congress is concerned, this decision has to be taken by Azam Khan and Congress leadership,” said a senior Congress leader.

Azam Khan has been booked in 87 cases. The leader has secured bail in a majority of the cases. The hearing in a case related to a waqf property was also completed in Allahabad High Court on May 5. But the bench reserved the decision, which is expected next week.

Meanwhile, SP chief Akhilesh Yadav has repeatedly been assuring Azam and his supporters of his party’s support for the jailed leader.