In this way, PM Modi and Home Minister Amit Shah bow to the soldiers 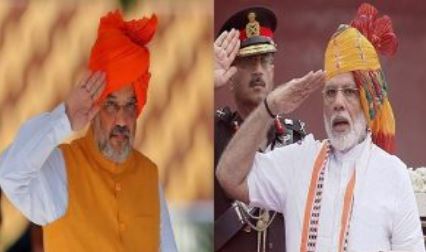 On Tuesday, the Border Security Force is celebrating its 56th Foundation Day. On this occasion, Prime Minister Narendra Modi, Union Home Minister Amit Shah have paid tribute to the brave soldiers of BSF via Twitter. Let us tell you that BSF came into existence on 1 December 1965. The BSF was established to secure international borders with Pakistan and Bangladesh.

Union Home Minister Amit Shah tweeted, “BSF has always carried out its motto ‘life-long duty’ with its valor and valor. Today, on the 56th Foundation Day of BSF, I bow to all the brave soldiers of the force for their service and dedication to the nation. India is proud of its ‘Border Security Force’.

Defense Minister Rajnath Singh saluted the soldiers and said, “Best wishes to BSF jawans and their families on the foundation day of BSF.” The BSF is India’s first line of defense and plays an important role in protecting our borders. I salute their service and sacrifice in service to the nation. ‘