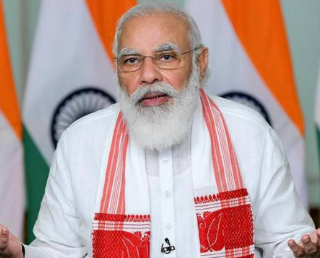 Nationalist Congress Party chief Sharad Pawar has reacted strongly to Maharashtra Governor Bhagat Singh Koshyari’s letter to Chief Minister Uddhav Thackeray regarding the reopening of places of worship. The Shiv Sena ally wrote to Prime Minister Narendra Modi, saying he was “shocked and surprised” at the language used by the Governor.

“I must mention here that I agree the Hon. Governor can have his independent views and opinions on the issue. I also appreciate the prerogative of the Governor to convey his views to the Chief Minister. However, I am shocked and surprised to see the letter of the Governor released to the media and the kind of language used in the letter,” he said in the letter to PM.

On Monday, the Governor wrote to Uddhav Thackeray “requesting him to announce forthwith” the reopening of places of worship with Covid precautions. “You have been a strong votary of Hindutva. You had publicly espoused your devotion for Lord Rama by visiting Ayodhya after taking charge as Chief Minister. You had visited the Vitthal Rukmini Mandir in Pandharpur and performed the puja on Ashadhi Ekadashi,” Mr Koshyari wrote.

“I wonder if you are receiving any divine premonition to keep postponing the reopening of places of worship time and again or have you turned ‘secular’ yourselves, a term you hated?”

The Chief Minister retorted that his Hindutva did not require a certificate from the Governor or anyone and that he would take a decision after careful consideration. “You said I am getting divine premonitions? Maybe you get them but I am not so big,” he wrote back in Marathi.

Mr Thackeray reminded the Governor that the reopening of temples or delaying it “is not a question of secularism” and questioned whether Mr Koshyari had forgotten his own constitutional oath.