In phone talks, EAM Jaishankar and US Secretary of State Antony Blinken review developments in Indo-Pacific 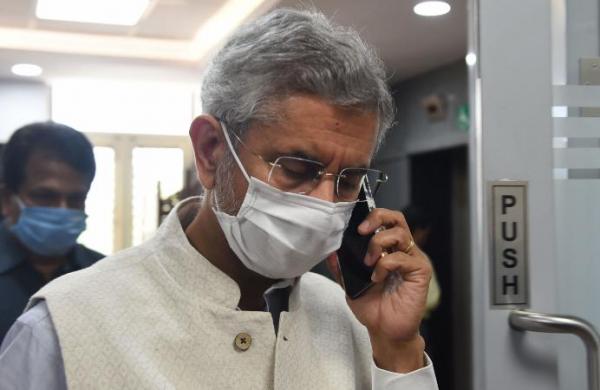 By PTI
NEW DELHI: External Affairs Minister S Jaishankar and US Secretary of State Antony Blinken on Tuesday held a “comprehensive” conversation, focusing on developments in the Indo-Pacific as well as cooperation under the framework of the Quad.

The telephonic conversation between Jaishankar and Blinken came a day after US President Joe Biden spoke to Prime Minister Narendra Modi for the first time after the new American administration took charge.

In a tweet, Jaishankar said views on the situation in Myanmar were also exchanged.

Last week Myanmar’s military grabbed power in a coup against the civilian government.

“Welcomed the comprehensive discussion today with @SecBlinken. Reviewed Indo-Pacific developments and the Quad cooperation. Exchanged views on the situation in Myanmar. Look forward to remaining in touch,” he said.

External Affairs Minister Jaishankar and Secretary Blinken had held their first telephonic talks on January 29 during which they resolved to consolidate and expand the India-US strategic partnership.

There have been growing global concerns among leading powers over China’s increasing military assertiveness in the Indo-Pacific region.

Both India and US have been expanding cooperation bilaterally as well as under the framework of Quad with an aim to ensure peace, security and stability in the Indo-Pacific region.

The Quad comprises India, the US, Japan and Australia.

The issue figured in talks between Prime Minister Modi and President Biden.

“They reiterated the importance of working with like-minded countries to ensure a rules-based international order and a free, open and inclusive Indo-Pacific region,” the Ministry of External Affairs said on Monday night.

In a readout, the White House said Biden and Modi agreed to continuing close cooperation to promote a free and open Indo-Pacific, including support for freedom of navigation, territorial integrity, and a stronger regional architecture through the Quad.