In open letter to JDU, LJP admits having helped BJP in Bihar election 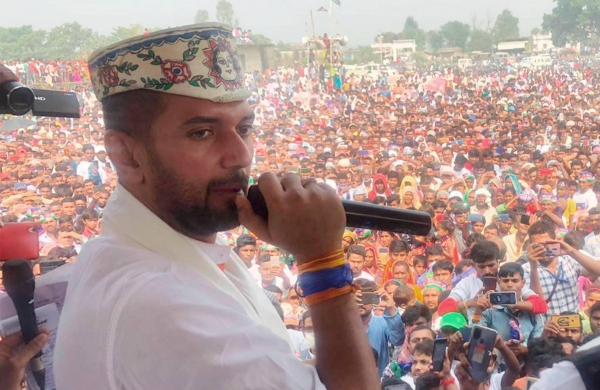 Express News Service
PATNA: The LJP for the first time after the Bihar assembly elections admitted having helped the BJP.

The Lok Janshakti Party-headed by Chirag Paswan on Wednesday made the claim in an open letter written to JD(U) National secretary KC Tyagi. The LJP blamed Nitish Kumar for JD(U)’s poor show in the elections. Accusing Nitish Kumar of “obdurate” stand on seat-sharing with LJP, Raju Tiwari — Bihar parliamentary board president of LJP — alleged that JD(U) was defeated due to Nitish Kumar’s insistence on fighting in more seats.

Tiwari further alleged that Nitish Kumar wanted to rule as the big brother and give only 15 seats to LJP. “There was no dispute between LJP and BJP and still there are none now,” Tiwari wrote in the letter.

“The LJP has always been in ideological difference with JD(U). That was the reason, LJP had never been in alliance with JD (U) even in past. But due to BJP, LJP continued supporting them in the NDA but then JD(U) attempted to cause damage to LJP in the Lok Sabha elections”, Tiwari alleged.

The LJP, through the letter, also accused Nitish Kumar of attempting to take undue advantage of illness of Ram Vilas Paswan. Tiwari’s letter has stirred up the hornet’s nest by claiming that they helped the BJP on 104 out of 110 seats in assembly election while they put up a friendly fight in the remaining six.

The letter also claimed that Chirag Paswan never made any individual attack on Nitish Kumar during the assembly election campaign except criticising his policies of Kumar. Justifying the decision to write an open letter to KC Tyagi, Tiwari said that Tyagi has been baselessly holding LJP responsible for the defeat of JD(U).