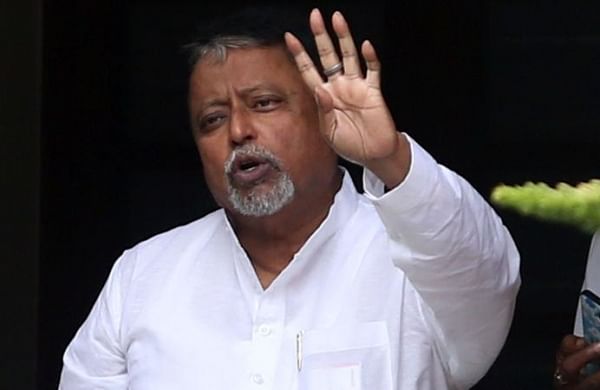 KOLKATA: Veteran politician Mukul Roy, who returned to the TMC after having spent over three years in the BJP, made a faux pas on Friday, not his first in the recent times, as he stated that the saffron party would win handsomely in the upcoming elections to 111 civic bodies of Bengal.

The TMC, embarrassed by his gaffe, refused to attach much importance to the “ailing” leader’s statement.

Roy, during his visit to Bolpur in Birbhum district, stunned everyone when he said, “The BJP will emerge victorious everywhere in the upcoming municipal polls.”

As others looked at him in disbelief, Roy went on to tell reporters, “The TMC is BJP and vice versa.”

He was then led away by TMC’s Birbhum district president Anubrata Mondal who was visibly upset.

Later, Partha Chatterjee, the secretary general of the TMC, said, “Mukul Roy is ailing and that was probably the reason for his incoherent statements. He is not a functionary of our party. Let’s not attach importance to what he says.”

Chatterjee further said if Roy thinks he won’t be able to discharge his responsibility as PAC chairman due to his health conditions, he may inform the speaker.

In September, Roy, during a press meet, had made a similar gaffe as he said that the saffron party will win the bypolls.

He immediately corrected himself and said that he meant that the TMC would be victorious in the by-elections.