In Nalanda, JP Nadda took a dig at the grand alliance, 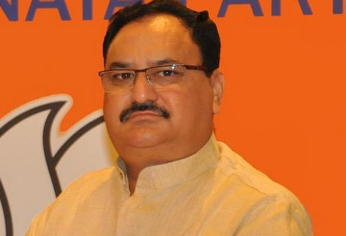 In the wake of Bihar elections, JP Nadda, the national president of the Bharatiya Janata Party, has himself commanded the election meeting. For the past few days, JP Nadda has consistently appealed to people to vote for NDA candidates in Bihar. On Saturday, in Nalanda, Bihar, he took a dig at the grand alliance and said that, let us know that the promise of giving Rs 1.25 lakh crore by the NDA is a jumla, we have given 40 thousand crore more. Now you can reach anywhere in Binhar in four hours. Earlier it used to be an evening to go to Hazaribagh from Patna. JP Nadda, seeing the crowd of people in the rally said that, seeing the enthusiasm of your people in this rally today, it can be clearly said that you have decided the outcome of the election. You have to decide the new dimension of Bihar’s development by winning the NDA candidates. The way in which the public is clapping, it is known that you have decided. He said that I have come to request that the NDA win all the seven seats. Nadda said that we have to add a new dimension to the development of Bihar. Previously, people used to contest elections in the name of forward-backward, left-right across the Ganges. He said that Narendra Modi has changed the character-culture culture. Now everyone calls the report cord and asks for votes. Do not dare to ask for votes in the name of caste. Nadda said that the election of Bihar is the future election of the country. Narendra Modi government works for the poor. In the house of the poor, the stove burn worries about it. He said that our government gave five kg of food grains and one kg of pulses. Five crore rupees were given to 30 crore women in Jan Dhan account. Cylinders were given to eight crore women. The widow brought three thousand rupees to the disabled’s account. Nadda said that this is the way to remember the poor.