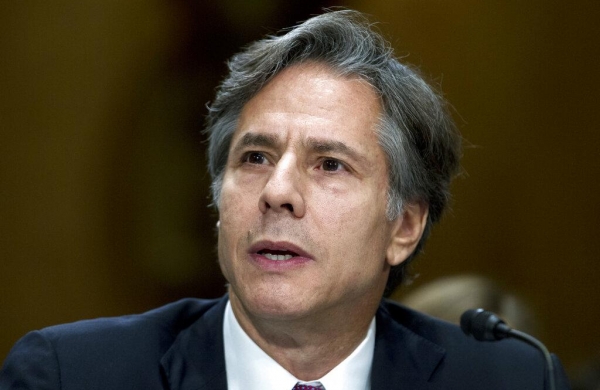 Express News Service
NEW DELHI: In a move that is likely to ruffle feathers in China, US Secretary of State Antony Blinken on Wednesday held a meeting with the Dalai Lama’s representative Ngodup Dongchung in the capital.

The development was confirmed by the spokesperson of the Tibetan Government in Exile, also known as the Central Tibetan Administration, Tenzin Lekshay. “The two leaders met for around 10 minutes,” Lakshay said.

The meeting is the second between US government officials and the CTA after the November visit of former head of the CTA Lobsang Sangay to the White House. It also comes days after Chinese President Xi Jinping made an unannounced visit to the region to review development projects. The last high profile meeting between the US and Tibet came in 2016 when the Dalai Lama visited Washington and metthen President Barack Obama.

Blinken’s Tibetan engagement continued after the Director of the Tibet House and the former interpreter of the Dalai Lama, Geshe Dorjee Damdul, were present at his meeting with civil society members. The Blinken-Dongchung meeting assumes significance as Washington has been consistently expressing concerns over human rights violations in Tibet and the Xinjiang region of China.

Experts believe that Blinken’s meeting with leaders of the CTA will make it clear that the US is serious in engaging with Tibetan leaders and the office of the special coordinator for Tibetan issues was not a symbolic gesture by the Trump administration.

“Blinken’s visit to Tibet House underscores the fact that the US is serious in engaging Tibetan leaders and international partners to address its concerns on issues pertaining to Tibet including human rights and religious freedom so that a meaningful dialogue is promoted between China and the Dalai Lama. This in essence has been defined as the purpose behind the establishment of such an office by the US State department,” Sinologist BR Deepak said.