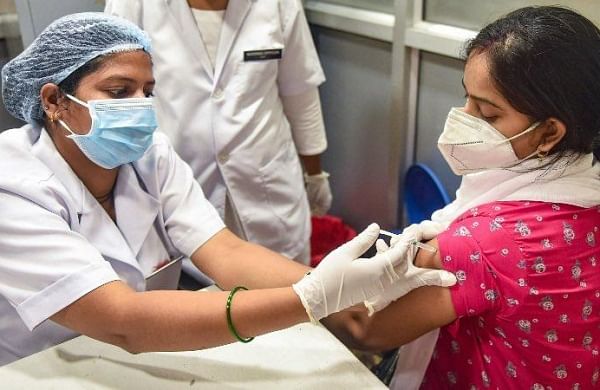 NEW DELHI: The government on Friday said that after putting on hold Covid vaccine export to cater to domestic demand, India now has supplied jabs in the last few weeks to several countries, including Nepal, Bangladesh, Myanmar, Iran, Paraguay and Indonesia.

In a written reply to a question in Lok Sabha, Minister of State for External Affairs V Muraleedharan said that since the start of the Vaccine Maitri Programme in January, India has supplied 723.435 lakh doses to 94 countries and two UN entities in the form of grant, commercial export or through COVAX.

“After holding the vaccine export to cater to the domestic demand first, in the last few weeks India has supplied vaccines to several countries including Nepal, Bangladesh, Myanmar, Iran, Paraguay and Indonesia,” Muraleedharan said.

On the number of vaccines that India proposes to distribute globally as part of international vaccine partnerships like COVAX, he said the exact volume of export of vaccines will be determined by domestic production and requirements of the national vaccination programme.

To another question, he stated that according to details available with Indian missions and posts, the total number of Indian citizens who succumbed to COVID-19 abroad is 4,048.

Muraleedharan said India supplied COVID-19 related medical and other assistance, to over 150 countries since the beginning of the pandemic.

In the fight against the COVID-19 pandemic during the second wave, support in the form of Covid-related equipment and medicines were received from 53 countries, he said.

Responding to a separate query on whether the government has noticed the “unofficial ban” imposed by China on Indian seafarers and prohibited entry of ships with Indian seafarers, he said the government had taken note of a few media reports which had appeared earlier in the year on the subject and had, therefore, taken up the matter with the Chinese side.

The government emphasised to the Chinese side that any restriction selectively targeting sailors from India is unacceptable, he said.

The Chinese side had conveyed that it had not imposed any ban and that such reports were not accurate, Muraleedharan said.

“In this regard, we made a request to the Pakistani side in October 2021, and a conditional response from Pakistan has been received on November 23, 2021,” she said in her written response.