In Christmas Message, Queen Elizabeth Hails Diwali As A Festival Of Light That Brings Hope 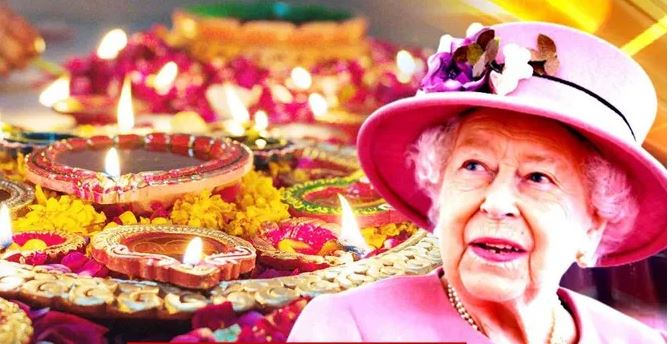 Lauding the courage of the human race to magnificently rise above the challenges of a very tough year, British Queen Elizabeth II in an official Christmas broadcast hailed India’s festival of light Diwali, emphasizing that ‘light brings hope’. Addressing the world, the Queen stressed that this year, people of all faiths were unable to gather as they had wished, citing India, where she described that like in Christmas, light illuminated the sky “providing moments of joy, hope, and unity.” She stressed, that this festivity season had kept friends, and families apart, but in many ways, brought them closer, without mentioning the coronavirus pandemic.

In a nearly 8 minute address viewed over 1 million times, the Queen conveyed the special message as she said, “Every year, we herald the coming of Christmas by turning on the lights. And light does more than creating a festive mood— light brings hope. For Christians, Jesus is ‘the light of the world’, but we can’t celebrate his birth today in quite the usual way.” Further she added, “People of all faiths have been unable to gather as they would wish for their festivals, such as Passover, Easter, Eid and Vaisakhi. But we need life to go on. Last month, fireworks lit up the sky around Windsor, as Hindus, Sikhs, and Jains celebrated Diwali, the festival of lights, providing joyous moments of hope and unity, despite social distancing.”