In absence of Virat Kohli, pressure will be on Indian team: Ponting 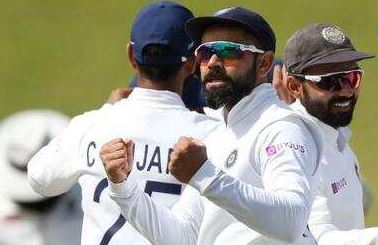 Australia’s most successful captain Ricky Ponting has said that the Indian team will come under heavy pressure after Indian captain Virat Kohli returns home after the first Test. The Virat-led Indian team won the Border-Gavaskar Trophy 2-1 last time. But a lot has changed since then. At that time, players like David Warner and Steve Smith were not playing in the Australian team and this time India captain and veteran batsman Virat will return home after the first Test. In the absence of Virat, the Australian team is trying to take psychological pressure on India.

Ponting, who was the coach of the Delhi Capitals team that reached the final in the recently concluded IPL, said, “Virat’s withdrawal after the first Test will put pressure on the other players of the team. You would think that Ajinkya Rahane will take over the captaincy but this will increase the burden on him. They then have to find someone to bat on an important order like number four. “

He said, “I don’t think the Indian team will be clear about the batting order. The team may not understand who will open for the first Test and who will be at number four in the absence of Virat. People are questioning Australia’s opening pair, while Indians have a lot of more questions that they have to answer. “The series between India and Australia will begin on November 27. The first Test match between the two countries will be played in Adelaide on 17 December.