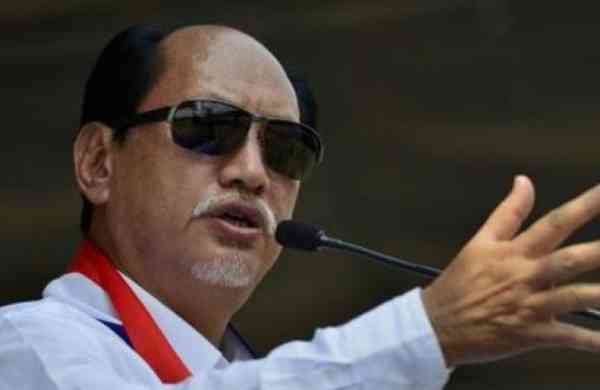 By PTI
KOHIMA: Nagaland Chief Minister Neiphiu Rio on Tuesday said that implementation of Register of Indigenous Inhabitants of Nagaland (RIIN) will take time and no deadline should be set on this matter.

According to a notification of June 29 that year, the RIIN will help identify the citizens who settled in Nagaland prior to December 1, 1963, the day it became a full-fledged state.

On the appeals of the civil society organisations and tribal bodies asking the government to implement it, Rio said that the government is working on the issue.

“We have to give protection to all and everybody should get their rights,” the chief minister said.

Rio told the media that the government should be allowed to function without setting any deadline as such matters have to be done properly.

Only those whose names figure in the RIIN will be issued indigenous inhabitant certificates and all other certificates would become invalid after the final register is ready, the government had said earlier.

The RIIN Committee has already submitted its report and the Cabinet has also approved it, but the implementation is taking time, Rio said.

The chief minister refused to comment on a recent letter written by Governor R N Ravi asking his government to act against employees posting “seditious” materials on social media, but said that steps will be taken against anyone uploading such posts.

However, he said, “If any government servant or member of the public writes things which is against the state, the law will take its own course.

” Rio said that the state assembly will pass resolutions during the upcoming budget session of the assembly to implement the Securitisation and Reconstruction of Financial Assets and Enforcement of Securities Interest (Sarfaesi) Act, 2002 in the state.

The Sarfaesi Act allows banks and financial institutions to auction properties (residential and commercial) when borrowers fail to repay their loans.

It enables banks to reduce their non-performing assets by adopting measures for recovery or reconstruction.

During the budget session to be held from February 12 to 20, a resolution will also be passed on the vexed Naga political issue, the chief minister said without elaborating.

The government will also take up a discussion on improving revenue generation in the power sector as it has become “very very important” for the state, he told reporters after inaugurating the Nagaland Assembly’s automated digitised library and online training centre.

He described the Union budget as people friendly and expressed hope that the farmers issue will be resolved through dialogue.