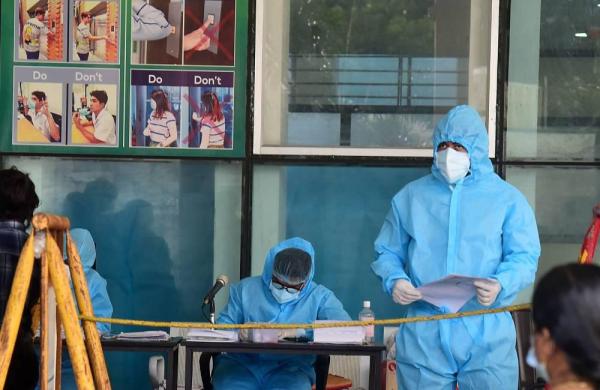 By PTI
NEW DELHI: The Indian Medical Association on Wednesday expressed shock at the central government stating in Rajya Sabha that 162 doctors died due to coronavirus in the country.

It appealed that a high-power committee be constituted by the government to do a thorough study of the entire data of deceased doctors, and that all those who had succumbed to the disease shall be honoured.

Minister of State for Health Ashwini Kumar Choubey had on Tuesday informed the Upper House of Parliament that COVID-19 has so far claimed the lives of 162 doctors, 107 nurses and 44 ASHA workers in the country.

In a letter to Choubey, IMA president J A Jayalal stated that the Centre’s (COVID-19 fatality) figures were contrary to the data released by the medical body, according to which 734 doctors lost their lives due to the disease, of which, 431 were general practitioners.

Also, 25 doctors who died were below the age of 35, it said in the letter.

Jayalal, in his letter, also stated that doctors suffer a higher viral load and Case Fatality Ratio as a community.

“They still choose to serve the nation in best traditions of the medical profession. The Government of India failed to acknowledge this fact and give due significance and recognition,” the letter stated.

The Indian Medical Association (IMA) also condemned the “apathy” of the government in verifying the data and “delaying disbursement of solatium for COVID-19 martyrs’ families”.

“We are writing to you at this juncture to appropriately endorse the hard work and contribution by our doctors in flattening the COVID curve in India. We fervently appeal to you to expedite the process of giving solatium to families at the earliest possible time.”

“We appeal that a high-power committee should be constituted by the government to make a thorough study of the entire data of deceased doctors and all those who had succumbed shall be honoured,” the letter added.