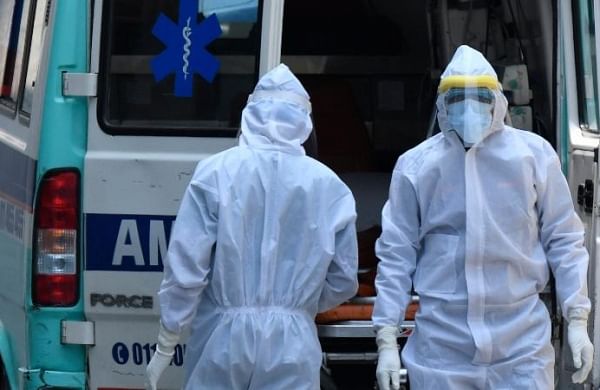 JAMMU: The Indian Institute of Technology (IIT) Jammu on Wednesday said it will conduct all classes online after 18 members of the faculty, staff and the students tested positive for coronavirus.

The IIT Jammu said it has been conducting periodic COVID-19 testing amid a spurt in the infection.

“Out of RT-PCR tests conducted on 300 people last week on campus, 18 members of the faculty, staff and the students have tested positive for the virus. However, everyone is under quarantine as per protocol and reports of mild to no symptoms while being constantly monitored and supported by the medical unit. The IIT Jammu campus is currently under sanitisation,” the IIT Jammu said in a statement.

It said most of the students had left the campus for semester break in December.

“IIT Jammu will conduct all classes online and the staff and the faculty members will continue to work from home until further instructions. We are comforted to report that 100 percent of our community is vaccinated to fight the virus,” it said.

Meanwhile, the Covid Task Force on Wednesday met here under the chairmanship of Chief Secretary Arun Kumar Mehta and reviewed the public health response and various mitigation measures being put in place for effective containment and mitigation of the infection in Jammu and Kashmir.

Observing that Omicron is being perceived as less dangerous than the delta variant responsible for the second wave, the chief secretary appealed to the public to raise their guard and remain cautious and vigilant to the infection since it has a high rate of transmission and can infect a larger group of people over shorter periods.

Jammu and Kashmir on Wednesday witnessed a 50 percent jump in daily COVID-19 with 1,695 people confirming positive for the disease on Wednesday, raising the tally to 3,48,201, official said.

The union territory also reported one fresh death due to the virus in the past 24 hours, they said.

Of the fresh cases, 812 were recorded from the Jammu division and 883 from the Kashmir division, the officials said.

They said Jammu district recorded the highest of 438 cases, followed by 320 cases in Srinagar district.

There are 6,242 Covid active cases in the union territory.

The number of recovered patients was 3,37,412, the officials said.

The death toll rose to 4,547 as one fresh fatality was reported in the past 24 hours, they said.