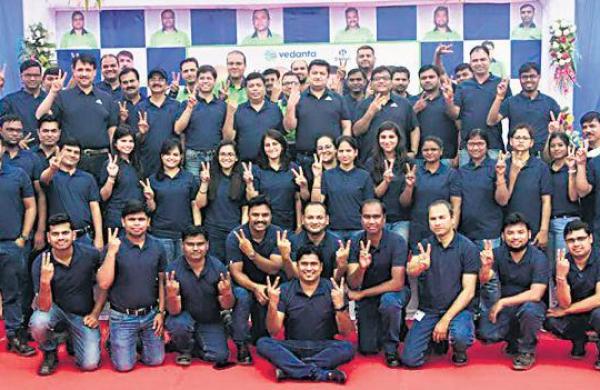 A professor at the International Institute of Information Technology (IIIT)-Naya Raipur Dr Ruhul Amin has been listed among the world’s top two per cent most-cited scientists by the US-based Stanford University. The exhaustive list has 1,59,683 names with 1,492 scientists, doctors and engineers from India. Dr Amin has over 75 research papers in journals and conference proceedings of international repute in just five years of his professional career. His primary research interest lies in the areas of Cryptography and Information Security. A majority of Indians who have found a place in the list are from IITs, IISc and top educational institutes from across the country. “It’s a matter of great pride for us,” said PK Sinha, Vice Chancellor of IIIT.

The nation’s largest PSU in the field of iron ore mining National Mineral Development Corporation (NMDC), which has two complexes in south Chhattisgarh’s Dantewada and one at Donimalai in Karnataka, has set new production records during the crisis year of 2020. In January 2021 the NMDC achieved 3.86 million tons (NT) against 3.31 MT in January last year, registering a growth of 16.7 per cent. The January 2021 production and sales are the highest ever since the inception of NMDC. On a single day on January 31 it accomplished production of 1.65 lakh tons, the highest for any day so far.

With an objective to acquire new management skills, sharpen the existing ones and develop leadership qualities, a unique ‘V-Reach’ programme has been launched in Korba by the London-based Vedanta Group. Over 5,000 such staff are to be identified, who began their career as graduates in various capacities working for different companies of the group. “The selected youths besides acquiring leadership traits under the V-Reach programme also get the right set of circumstances with key responsibilities in future”, said Abhijit Pati, CEO-Balco.

A ‘CG Mart’, the first-of-its-kind trade centre in Chhattisgarh where only products prepared by the women workers in cattle-shed and various Self-Help Groups (SHGs) inhabiting the forest areas would be sold under one roof, is coming up in the capital. The move would help generate business of local products and further support women. After the capital Raipur, such ‘CG Mart’ will be opened in every district of the state. The products would largely include honey, herbal medicines, handloom fabric, kosa textile, Bastar artefacts, mustard seeds among others.