If the job went into lockdown, then the PF itself will fill the new job for 2 years 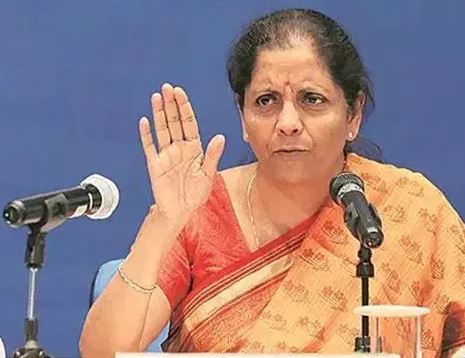 Finance Minister Nirmala Sitharaman has made several big announcements on the day of Dhanteras to support the economy struggling with Corona. On this occasion, the Finance Minister has announced the Self-Reliant India Employment Scheme. Finance Minister Nirmala Sitharaman has announced this scheme to strengthen performance on the issue of employment. This scheme will be applicable from October 1. Earlier, the PM Employment Promotion Scheme was announced. The objective of self-reliant Bharat Rojgar Yojana is an attempt to provide employment in the organized sector.

Its benefits will be available to those who were not previously registered with Provident Fund (EPFO). If the salary is less than 15 thousand, then they will be taken under it. Those who would have got their job between March 1 and September 30 and got employment on or after October 1 will get benefits.

The Finance Minister said that the institutions registered under EPFO ​​will get subsidy from the government on adding new employees. This scheme will remain in force till 30 June 2021. The government will give subsidy to the company for two years for the eligible employee.

In EPF fund, 12 per cent is deposited by the salary employer and 12 per cent by the employee. Under this scheme, a total of 24 percent will be paid by the government for new employees. Its benefits will be available for two years. When a new employee will be associated with an institution, he will get subsidy from the government. In September 2020, the employee base will be considered a reference. The number of new employees who have got jobs will be based on this basis.