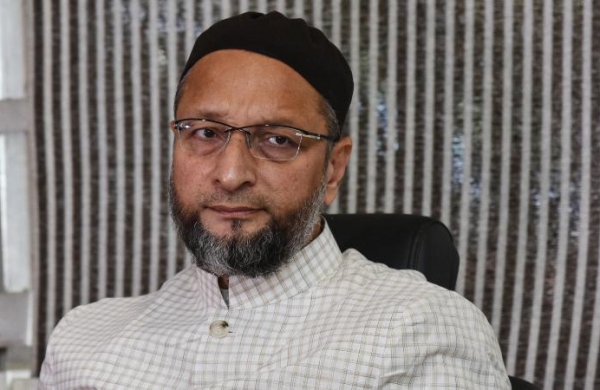 By PTI
BALLIA/BAREILLY: Making a pitch for AIMIM chief Asaduddin Owaisi, Suheldev Bharatiya Samaj Party president Om Prakash Rajbhar has said if Owaisi becomes a voter of Uttar Pradesh, then he too can become the chief minister of the state.

The All India Majlis-e-Ittehadul Muslimeen (AMIM) is a part of an alliance formed by Rajbhar’s SBSP for the 2022 Uttar Pradesh assembly polls.

Without naming Chief Minister Yogi Adityanath, Rajbhar said that “a person proved to be clever, and he came from Uttarakhand to the state, became a voter of Uttar Pradesh and then became chief minister”.

Claiming that Muslims constitute 20 per cent of the state’s population, the SBSP president said their representation should be there in the government as per their population.

This is their right, he said.

“Why cannot a son of a Muslim become chief minister or a deputy chief minister? Is being a Muslim a crime? The BJP had entered into an agreement with Mehbooba Mufti, who always spoke of separatism and Pakistan, to form government in Jammu and Kashmir,” Rajbhar said.

On Saturday, Union Minister for Animal Husbandry Giriraj Singh in Bareilly said that in the 2022 assembly elections, Adityanath will be forming the government in the state.

Owaisi wants to end the social harmony of the country, and is spreading misunderstanding.

Yogi Adityanath will be forming the government in the state,” Singh told reporters at Bareilly’s Indian Veterinary Research Institute.

Singh is on a two-day visit to Bareilly.

Posters have been put up at various vaccination centres telling people to come and get vaccination done. Those who want to say only negative things, will do.”