If allowed, first statue that will go up for Delhi Capitals is of Amit Mishra, says Parth Jindal 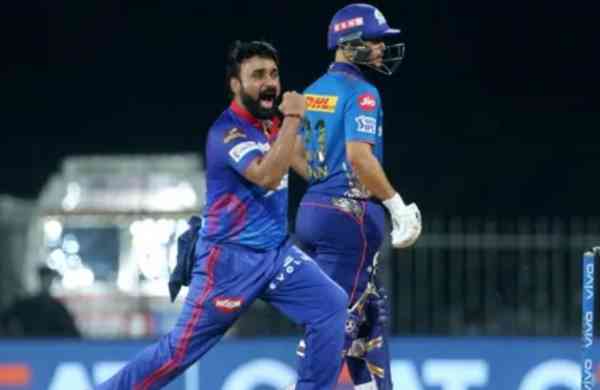 By ANI
NEW DELHI: Delhi Capitals co-owner Parth Jindal has said that leg-spinner Amit Mishra would be the first player from the franchise to have his statue outside the Arun Jaitley Stadium if the Indian Premier League (IPL) teams are allowed to put up statues outside their home stadiums.

“If IPL teams are ever allowed to put up statues outside their home stadiums by the @BCCI and state cricket bodies — there is no doubt in my mind that the first statue that will go up for us @DelhiCapitals will be that of @MishiAmit — what a wonderful servant he has been to DC,” tweeted Jindal.

Mishra is the second-highest wicket-taker in the history of the IPL as he has 164 wickets to his name from 152 matches.

He is also the only bowler in the league to take three hat-tricks. The veteran has been a long servant for Delhi Capitals and he still holds the key to their spin department.

Coming back to Tuesday’s game, Delhi Capitals needed 15 runs in the last two overs and Shimron Hetmyer and Lalit Yadav ensured the side didn’t falter at the end. Moreover, Jasprit Bumrah’s two no-balls in the penultimate over made the job a lot easier for the DC batsmen.