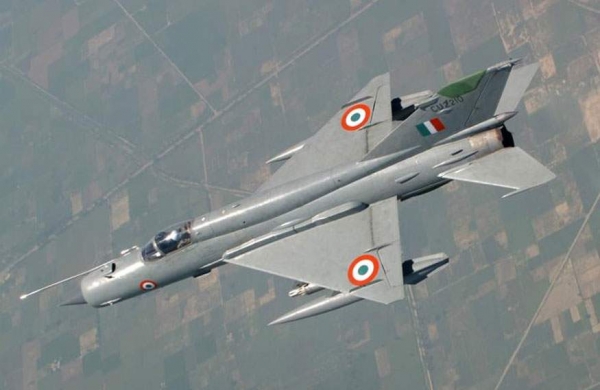 By PTI
NEW DELHI: A group captain of the Indian Air Force (IAF) was killed in an accident involving a Mig-21 Bison aircraft in Gwalior on Wednesday morning, officials said.

The pilot has been identified as Group Captain A Gupta.

The accident took place at around 10:50 am, when the aircraft was taking off for a combat training mission, the officials said.

The air headquarters has ordered a court of inquiry to ascertain the cause of the crash.

“A MiG-21 Bison aircraft of IAF was involved in a fatal accident this morning, while taking off for a combat training mission at an airbase in central India,” the IAF said in a tweet.

“The IAF lost Group Captain A Gupta in the tragic accident. IAF expresses deep condolences and stands firmly with the family members. A Court of Inquiry has been ordered to determine the cause of the accident,” it added.

The Soviet-origin Mig-21 Bison is an upgraded version of the Mig-21 aircraft that the IAF began inducting in the 1960s.

The Mig-21 Bison is capable of carrying beyond-visual-range missiles and other potent weapons.

On February 27, 2019, Wing Commander Abhinandan Varthaman flew a Mig-21 Bison and shot down an F-16 aircraft of the Pakistan Air Force, before his aircraft went down in a dogfight.

He was captured by the Pakistan Army and released two days later.

The IAF has lost many Mig-21s and other aircraft in accidents in the last few years.

In June 2019, the Ministry of Defence informed Parliament that 27 IAF aircraft have crashed since 2016.

In 2017-18, the IAF lost two fighter jets and a trainer aircraft in crashes.

The number rose in 2018-19, when the IAF lost seven fighter jets, two helicopters and two trainers.

At present, the IAF has around six squadrons of Mig-21 Bisons.

A squadron comprises around 18 aircraft.