‘I too am a Hindu, I do Chandipath every day’: Mamata warns BJP against playing ‘Hindu card’ 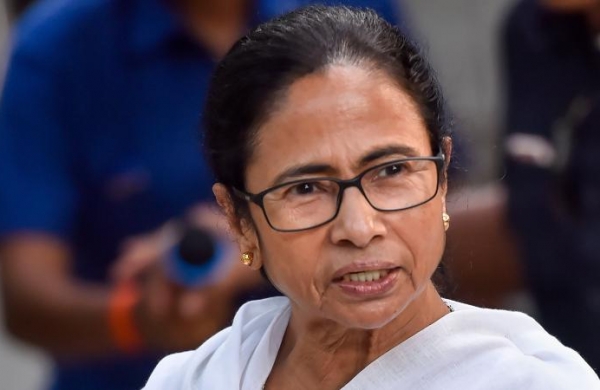 Express News Service
KOLKATA: West Bengal Chief Minister Mamata Banerjee on Tuesday warned the BJP not to indulge in “divisive politics” by playing the Hindu card, saying she, too, belongs to a Hindu family.

Addressing a meeting with party workers at Nandigram, Mamata said, “I am a Hindu girl too. Don’t play the Hindu card with me. Do you (BJP) know how to be a good Hindu? Hinduism teaches to respect all religions.”

The workers’ meet was the first event since she announced her candidature from Nandigram from where the CM will fight her ex-aide and BJP leader Suvendu Adhikari.

Her action is said to be aimed to meet two purposes — one, to blunt the BJP’s allegation of minority appeasement by her government, and second, it is an attempt to woo the Hindu electorates.

“You (BJP) are repeatedly talking about 70-30 ratio. What are you doing? If you are trying to practise divisive politics here, it will not work. I do Chandipath before stepping out of home every day.”

Bengal has a minority population of around 30% and in Nandigram, Muslim electorates form around 40% of the total electorates. “Some people are talking about 70:30 ratio. Those doing this are insulting the sacred Nandigram movement which people of both communities fought together,” Mamata said.

Mamata will file her nomination on Wednesday in Haldia.

Hitting back at Adhikari’s attempt to brand her as an outsider in Nandigram, she lashed out, “I am being described as an outsider. I am a Bengali. How can a chief minister of a state be an outsider? Those who are coming from Delhi and Rajasthan are insiders?’’

In her speech, Mamata reminded the workers how she led the Nandigram movement against the then Left Front government’s decision to acquire land forcibly in 2007.