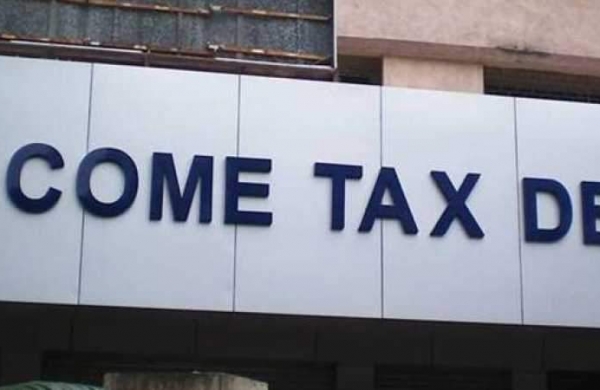 By PTI
NEW DELHI: The Income Tax Department has detected tax evasion of over Rs 50 crore after it raided a “prominent” Jharkhand-based group dealing in building construction and real estate, the CBDT said on Thursday. The searches were carried out on Wednesday at 20 premises located in Ranchi and Kolkata.

The CBDT said in a statement issued here that “unexplained” cash of Rs 50 lakh was seized during the raids and three lockers have been placed “under restraint.”

“Preliminary evidence found suggests evasion of tax of more than Rs 50 crore.” “Post-search investigations are going on and tax evasion figures may go up substantially,” the CBDT said without identifying the group. The Central Board of Direct Taxes (CBDT) frames policy for the Income Tax Department.

During the raids, the statement said, it was found that the group was “not maintaining regular books of account.” Hence, the audit certificates and statements submitted to the tax department are “under investigation for genuineness.”

“As per details found during the search operation, it was seen that the group has been undertaking huge outside-the-books transactions in the building construction business and a large portion of sale proceeds is received in cash which remains unaccounted.”

“Part of the cash generated has been brought into the business through bogus share capital and unsecured loans from shell companies,” it alleged.

It said “at least 8 shell companies” were involved and relatives and persons of “no means” were appointed as directors of these ‘companies’ which existed only on paper.

“These ‘directors’ have admitted that they were only dummy directors and would sign wherever the group told them to do so.”

“Transactions of unsecured loan and bogus share capital to the tune of Rs 25 crore have been detected.” “Shell companies investing money in the group have been found to be non- existent in Kolkata,” the statement alleged.

The group, it said, has purchased 1,458 acres of land on the outskirts of Ranchi and is constructing residential apartments there.

“It was seen that the land has been registered at a consideration of one-tenth of the value for stamp duty purposes.”

“Brokers have been paid fee in cash running into crores,” the CBDT claimed. Other expenses with regard to the purchase of land also are in crores, it said.

The sellers of the land were also raided and they have admitted that more than 25 per cent of land included in the registered document is forest land, not owned by them and for which they have received no consideration, it claimed.

“Evidence gathered during the search established that the group had fraudulently got more than 300 acres of forest land registered in its name,” the statement said.