I need to return to maths class: David Malan 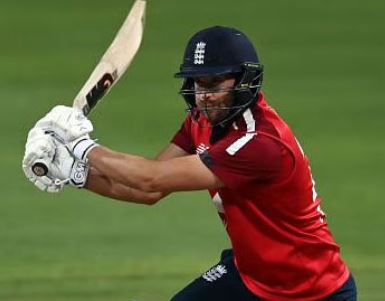 With his unbeaten innings of 99 runs, England’s world number one batsman, who won the last T20 match against South Africa, David Malan jokingly said that he will now have to return to the maths class. . Chasing the target, Malan had a chance to complete his second T20 century but due to some misunderstanding, he got the opportunity out of his hand. Malan reached 98 runs with a four off the third ball of the 18th over and the scores of both teams were also equalized. Malan had to hit a boundary to complete the century but he ran for a single off the next ball and was unbeaten on 99 runs.

After the match, Malan said, “To be honest, I should have known about the century but whatever happens I would definitely run for a single. Maybe now I have to return to the maths class. “He said that he felt that five runs were needed to win the match but he ran one because he didn’t know what would happen if he didn’t take one.

Malan hit an unbeaten 99 to play till the end. Although he had a chance to complete his century during this time, but he took a run while playing for 98 runs, which ended the match there. Malan could also hit fours or sixes and for this he had enough balls.